My name is OWI_Pixie, and I am the Server Licensing Manager at OWI. Welcome to our eighth edition of the Server Spotlight. This feature will highlight some of the community servers that we think you may want to check out, share information about them, and show what they are up to or where they excel.

We started off as 100+ Estonians and it was very hard to get into one server at the same time, Late night Fridays with two squads or so. Decided to build a bigger community by having all the same people and invite More people from different countries, its been very fun so far.

The Community I landed into got me hooked, I play this game TOO MUCH

My Community of 100+ Estonians are great, I have even met some of them in real life. I Intend to expand the community by careful selection to make a even better and bigger one where everyone feels like they are good friends with one another.

Once I had joined the server I received a very warm welcome from the admin team and its players. The players were focused on the game and the squad I was in was very friendly. The communication between players was great to hear, they utilized local communications, informing each other of nearby contacts. Admins and members of this community-supported players that were in their squads, giving them direction and game knowledge 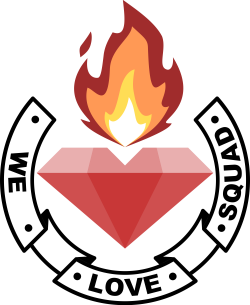 When Squad was released on Steam in 2015 and our founders found each other on a German server (SquadBeans), the idea of making this game available to more and more players came quickly. “We love Squad” and would like to bring this out into the world, so we ask players to be completely independent of common community structures, clan tags, membership applications, member dues and similar. Anyone who wants to can add the “♥ Squad” to their player name and join in the movement. This is to let more people know about Squad and find their way into this incredible experience. I refer to your forum for more information.

Squad is different from the normal multiplayer tactical shooters in that it really focuses on team play. It is the perfect balance between arcade-shooter and complicated military simulations where a large clan with many structures is needed. It leads to an authentic combat feeling of tactics, coordination, variety and stress. Even if victory is the main goal of a round, it is also enough to take the good situations of a game into one’s heart in the event of defeat, so fighting a vehicle or defending a flag can generate just as positive feelings without necessarily having to see victory in the end screen.

Over time, not only have other communities been founded on our servers, but they have also started to create their own servers in order to go their own individual way.

The platform We Love Squad was followed by the implementation of small leagues or the registration for Community Clan Fight Night, where we supported with server capacities and provided teams. We tried to encourage server communities to set up their own teams in order to promote competition.

Meanwhile, we host the Community Clan Fight Night and provide the members of the organization and the servers.

In our competitive team, we have always offered “wildcards” to the community so that players who do not belong to a clan or only belong to a very small clan have the opportunity to participate in big tournaments. This has continued to attract new players to clans in the community, which has been a nice result for us, regardless of our tournament placement.

We offer groups from NA like SQUADOPS a platform to Europe to One-Life-Events or MilSim in Europe, so that more Europeans have the opportunity to experience another insanely exciting part of Squad.

I had lots of fun on this server, the squad leader gave me directions in English and the other members also made sure I knew what was happening too. The admins were very welcoming and while on the server they interacted well with their community. I would highly recommend this server. 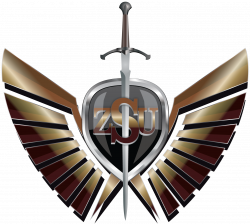 ZSU Gaming originally started out as an ARMA clan in 2008. Over the years we slowly but surely climbed up in numbers, and at one point said “You know what? I reckon we could do this whole Squad server thing”. Our numbers skyrocketed from about ~500ish people in the Discord server to now hovering around ~5500. Our community started on the basis of “Have fun, and get it done” and we’ve maintained that mentality to this day. This mentality is something we believe that all Australian gamers have in common.

Squad is quite the cruel mistress, but at the same time a cool drink of water. You don’t necessarily need to be the best shot, the best heli pilot, the best tank gunner, or the best at anything really. It comes down to your team, how well you meld together – not just on the squad level but as an entire faction. The ability to completely turn a game upside down purely based on tactics and a willingness to never give up is why ZSU Gaming maintains our presence in the Oceanic Squad community as a mainstay.

The different people that make up the community are what make it truly amazing. So many people of different backgrounds, temperaments, comedic and gameplay style, all different things that make people unique – but we’re all tied together by the love of games and the benefits it has. ZSU Gaming branches out to practically any multiplayer game you can think of, from the current battlefields of Earth in Squad to the hyperlanes of Stellaris or Star Citizen, so there’s always something to do, always someone you can play your game with. It’s an awesome place to be.

I really enjoyed playing on this server and they gave me a very warm welcome. While playing on the server, the admins engaged nicely with their community, dealing with any issues that occurred. The squad I was in was, the squad leader was very calm, which gave a calming effect to the squad. I would highly recommend this server.