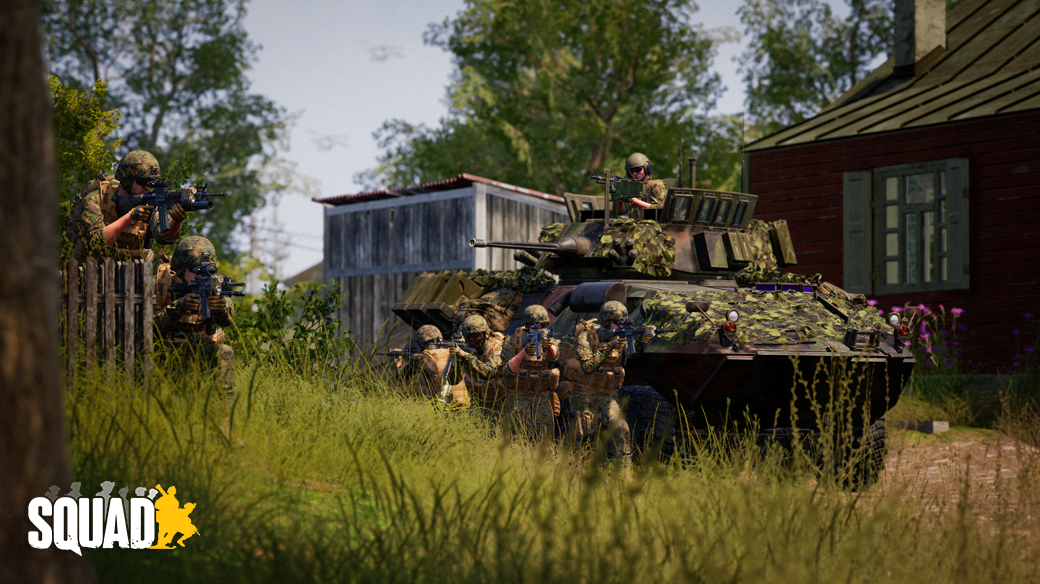 We are very pleased to announce that the next major update for Squad will be going live on June 22nd! Along with a new map, new vehicles and other game refinements, our 3.0 release will bring yet another one of our previously promised factions to the game – the American marine forces!

Since the start of 2022, the Squad development team has worked hard to hit a much more frequent cadence of releases, and to demonstrate our ongoing commitment to Squad and to you, our players.

This is not just another faction. In order to capture the marine experience, and fully mirror their real world missions, an entire new gameplay element has been developed for Squad and will be part of this next update. Previously impassable river and ocean terrain can now be crossed. Vehicles with amphibious capabilities can traverse bodies of deep water expanding players’ tactical and strategic options. Five existing Squad maps have been overhauled to add amphibious gameplay, and we will be introducing one new map that’s amphibious ready! We plan to continue to make further refinements to existing maps as time goes on, as well.

The 3.0 update, dubbed our Amphibious Assault update, is a big step forward for Squad and something that has been in the works for a very long time here at Offworld. We are excited to share more information with Squad players over the coming days, and can’t wait for you all to get into the mud and play as this all-new faction.

We’re looking forward to hearing your reactions, seeing the amazing content we know our Squad Partners will be putting out, and want to extend a heartfelt thank-you to the Server Owners who help make this game what it is.

Be sure to check back next week for our Release Notes which will have the full list of additions, fixes, and new content coming to the game in v3.0.