It’s Jenny here, the Server Licensing Manager at Offworld Industries, with another Server Spotlight. Now you might be asking yourself what exactly is a Server Spotlight, well this is a chance for me to highlight some of the great community run Servers that help provide amazing experience for Squad players from around the world! Hopefully after reading about some of these great servers, you’ll want to check them out for your next game!

Whether they are old or new, it’s always good to highlight the fantastic stuff our established Server Owners are doing every day. 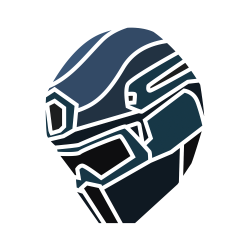 Started with the community in mind, Enclave is a Server that wants to ensure that their players can voice their opinions and be heard! Here player opinions can directly influence gameplay. From the start, the Enclave community has grown through the influence of its members. The server staff welcome all types of players from any background, experienced players, new players, and those all the way throughout that spectrum, giving them a chance to enjoy the game and to be part of the Enclave community.

Jenny’s Notes: I recently visited this server and thoroughly enjoyed the time I spent there. The atmosphere is welcoming and engaging, while the admins continue to support their players within their community. I did join one of the admins’ squad and they clearly explained to their squad what they will be doing and offered support to new players. I highly recommend visiting this server, just to hear Commander Bear’s Helicopter speech, which is as fun as it is informative. 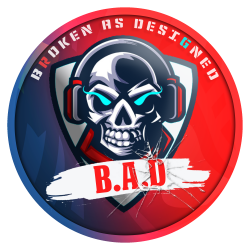 With experience over the years in various online gaming communities – the team behind the BaD: Broken as Designed Server have been involved in many great organizations. Wanting to build one that could really last the test of time they built from their collective experiences, apply the good, and create a welcoming space for all.  [BaD]’s primary goal, their only goal really, is to serve as a place for folks to gather, be themselves, and play games.

The team at BaD hope that their name, “Broken as Designed”, conveys the nature of their community.  Perhaps a little more relaxed than true “mil-sim” (as an example, they do not have ranks  and all of their members are equal).  Perhaps a bit tongue-in-cheek.  Plus, being competitive at heart, they find that  it’s always fun winning while having “bad” in their tags.

Jenny’s Notes: I really enjoyed this server, while I was on it the admins jumped into squads supporting new players. Helping the newer players they explained how to use their mics and how to type while in the game. All of the players were very engaged in the game with admins and experienced members from this community working alongside new players. I highly recommend visiting this server. 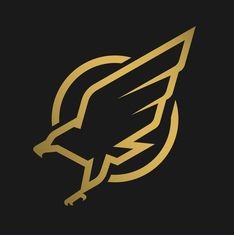 Created in Jun 2019, this community was started by two friends who had very quickly grown to love the game of Squad!

The pair met many new people through playing the game and their time in Squad  reached a point where it became more than just friends playing together and morphed into a tight knit community that aims to attract players with a compelling playstyle, camaraderie, and the server community’s ability to play the game in a serious manner while also having fun. Before the friends knew it, they had gained enough members to warrant giving their community a name! Wanting to honour the US 8th Infantry Division ‘Pathfinders’ they chose the server’s name.

On The 8th Infantry everyone has a part to play, there are so many ways to play the game and in so many other games teamwork is an option that is not always necessary. In Squad your shooting ability is not everything, A good medic supporting his squad is more important to the team than a great marksman any day.

The team behind the [8 FE] server also enjoy the Squad clan community as a whole, priding themselves on having good relations with fellow clans and communities as well as participating in squad community events.

The Eagles are a mix of young and old, serving and non-serving, all races, creeds and religions, experienced players and people who have just bought the game.

What makes this community amazing is their sense of family, they believe in looking after their own, their community is a place of betterment, encouragement and enjoyment, Not just in Squad but in all walks of life.

The admin team commits to seeding every Thursday and Sunday, with a good mix of time zones across North America & Europe.

Jenny’s Notes: I had lots of fun on this server, I received a nice warm welcome and joined a squad with one of the members. They focus on supporting new players on their server, giving them assistance to teach them on how to play the game in a way that works for their server. I saw the admins act professionally while dealing with any issues that occurred during my visit. I would highly recommend joining this server for a few games!