We’re back again with another version of The Wrench,  your number one source for knowing what the modding community has been up to, and to get updated on how their work is progressing.

Oh boy, have the modding community come through with some delightful-looking mods for y’all to admire.

As always, if any of these mods catch your attention, be sure to join the mod teams Discords, or provide feedback via their Steam Workshop page (if available)

Now, on to the creations! 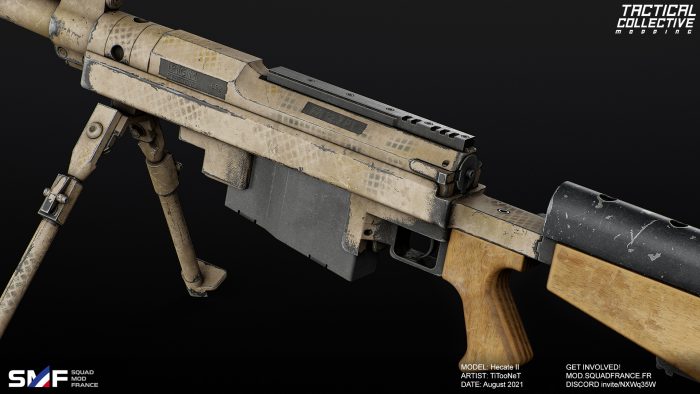 Titoonet is presenting us the PGM Hecate 2, a long-range precision rifle chambered in .50BMG (12.7mm), used by snipers in the French army. The rifle is equipped with a Scrome J10 (x10 zoom) scope that will allow shots from 500 to 1800 meters. We are thinking of a few ideas to balance this rifle in-game, for example, reduce standing accuracy a lot, low ammo, or a lack of short-range ranging options on the scope 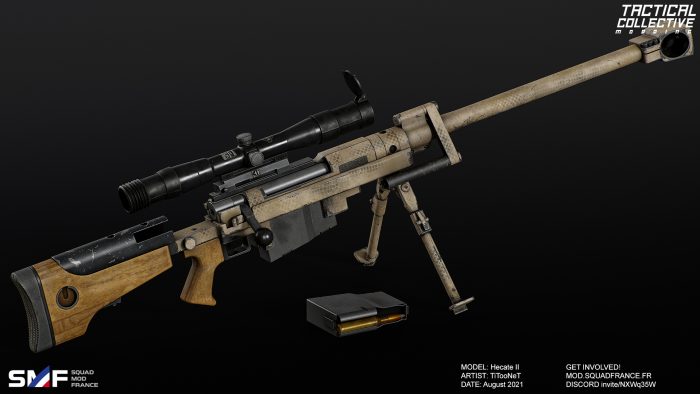 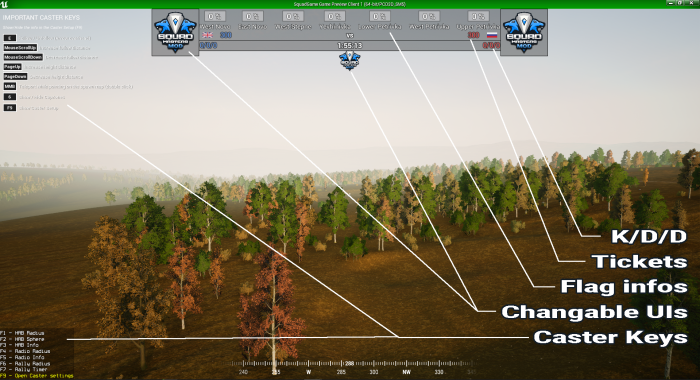 But it grows fast into a caster/streamer-friendly system with alot of features.

Now the mod should be a system for better squad streaming for caster and viewer. Every AAS vanilla layer is added to the mod to be usable for nearly everyone. Every Event that wants to use vanilla AAS or RAAS layers should be able to use this mod. So the caster and the viewer have a much more friendly system to understand what happens on the map. 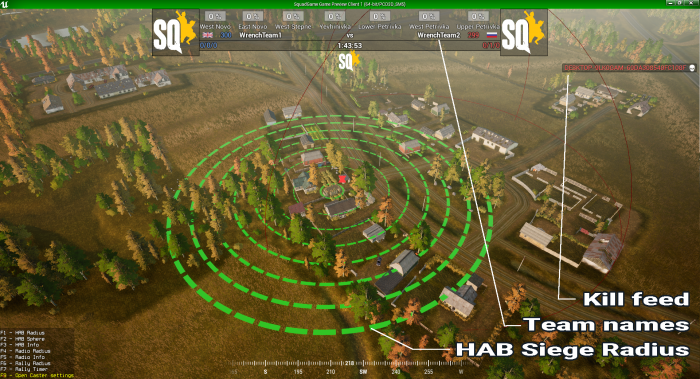 – Teleport by clicking on the Spawnmap

– Stick with the cam on players/vehicles

– Change the stick height and range

And more is being currently worked on.

A Squad Mod that aims to add an accurate representation of the Dutch Armed Forces into the game.

Read more on their progress over on their site here: https://sites.google.com/view/dafmod1 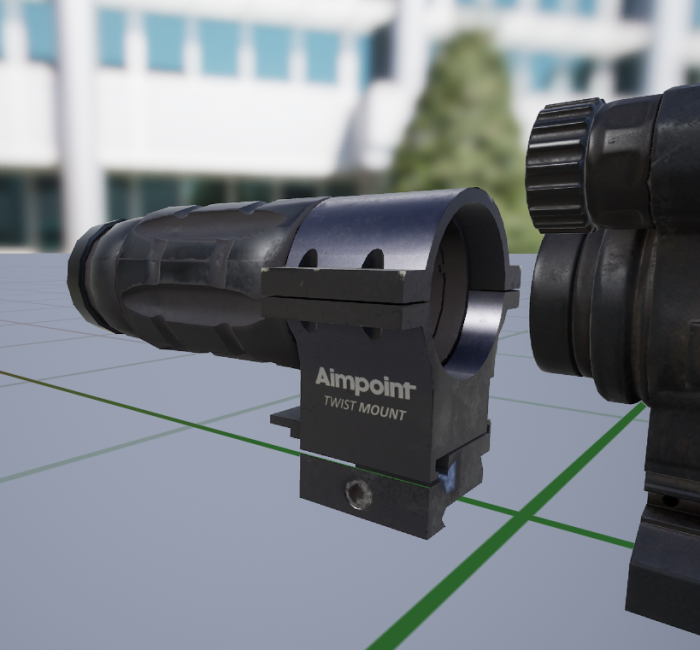 Squad_JO is a Gameplay modification of Squad, based on the classic game Joint Operations from 2004 – “western democratic” coalition forces versus “rebellious anti-western” allies.

It retains Squads’ organization & communications but removes much of the structured role-playing elements required by players, allowing for a more accessible playing style that highlights ‘playing the objective’.

With headshots and knife attacks killing outright and no rally points, this makes for a more deadly game that puts a greater value of life on the player and encourages smarter play, with plenty of room for tactical styles that don’t rely on the ‘FOB-crafting’ meta.

The mod is now in its final stages of completion of all the basic changes to gameplay and visual elements. The mod will be updated to v1.0 very soon but is totally playable as it stands and is cooked for Windows and Linux servers. Future additions will be the CAF and Aussie factions when they are available within the SDK.

For more in-depth details, please see the description and change notes on the Steam Workshop page.

Grand Falls by BaronVonBoyce and Gunslinger 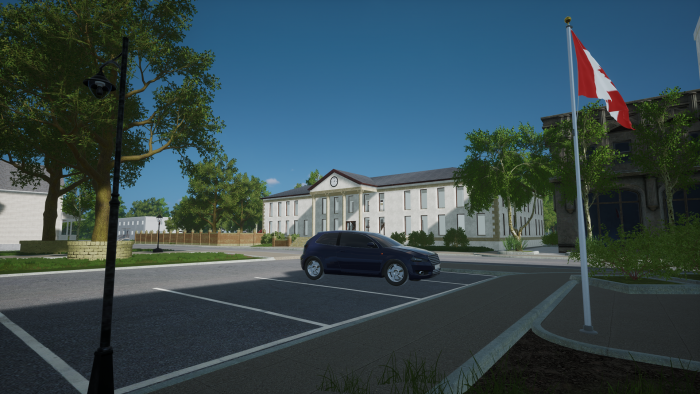 Grand Falls is a town located in Victoria County, New Brunswick, Canada. It’s situated on the Saint John River. The town derives its name from a waterfall created by a series of rock ledges over which the river drops 23 meters.

Located on the US-Canada border, Russian forces are approaching from their previous victories during their amphibious landing in Labrador and seizure of the Manic-5 dam, Canadian and NATO forces will have to hold them here or risk Russian infiltration into the American homeland. 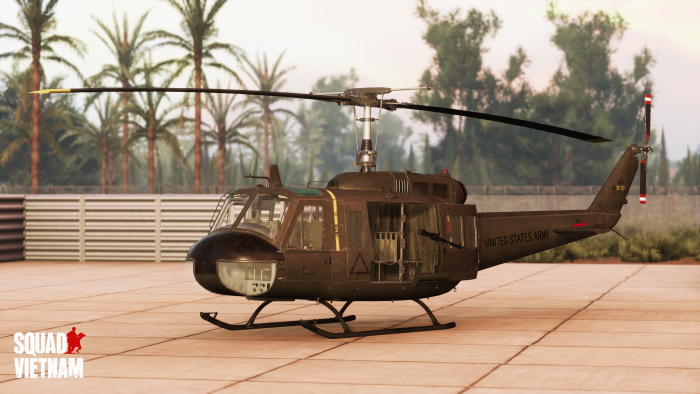 We get asked on a daily, sometimes hourly basis when we’re going to be releasing our mod and we wanted to give a quick shout out to our ever-growing and patient community. We’re nearing 6k Discord members and know many of you are eager to play. We very much appreciate all the support and understanding of our focus on quality over an early release. 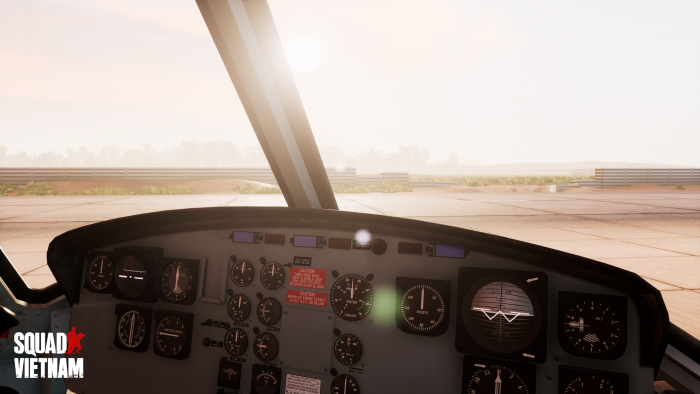 Those of you who have been following the mod for a while will be glad to hear that our flagship Mekong delta based map is coming along nicely. We’ve added another member to the mapping team and hope to be featuring it in a Wrench edition very soon. Until then you can catch a few sneak peeks and even a SQD:VN themed wallpaper over on our Instagram. Recently we showed our Huey helicopter over on our discord. The Huey along with napalm and the M16 are some of the most iconic Vietnam War-era US arsenal pieces we can think of. Po our very talented Huey modeler with assistance from advisers has spent hours making sure it’s perfect and we can’t be happier with the results. So here are a few extra renders for everyone.

Platoon is a mod set on re-imagining the fundamental Squad gameplay loop.

In typical Squad gameplay, quite often players are subject to walking simulators, but that isn’t because Squad is a slow-paced game. Instead, this is because Squad is an incredibly fast-paced game that rewards those who capture objectives quickly, and not necessarily those who win firefights. In many games, the most efficient way to capture an objective is usually one Squad Leader running around and placing multiple radios with a HAB on them. For an average game of Squad, this results in uncoordinated hordes of enemy attacks requiring defenders to go out and overrun HABs, play hide and seek with radios, and destroy one FOB while the three other spawn points are still allowing attackers into the objective. FOBs are glorified team spawns, wave spawns are tiresome, and many games can be won without memorable firefights all because of strategic teleportation around the map. Platoon aims to re-imagine the FOB, create the ability to establish fire support areas around the map, re-imagine a player’s interaction with objectives, and also create more interesting unit cohesion between infantry, vehicles, command assets, and emplacements. Most importantly, Platoon hopes that every game can result in memorable and entertaining firefights.

Join us as we create new gameplay interactions, new game modes, and a new way to enjoy the game we all love.

Here is a link to our Discord server Koshtantau is a map with high mountains, steep slopes, and dense forests. In the middle of the map, there is a radio station on a mountain top that can be reached through a long tunnel from the valley. There are several checkpoints alongside the road system. The map also contains an iron mine, a worker camp, a scrap yard, and a crash site. A conflict theatre set during the South African Border War/Angolan Civil War of the 1960s to 1980s. Hello, we are the JGSDF MOD Team and aim to create the Japanese Ground Self Defense Force as a playable Faction for Squad. Even though we are a relatively new mod, we’re glad that our team already has some very talented people helping from the Squad Modding Community! We do not have any ETA on the mod yet and our main goal is to make a balanced yet fun faction while also having fun and learning while we create this faction. If you want to know more about this project or if you want to actively support and help us, please come around to our Discord.

Greetings from the JGSDF MOD Team! We first want to thank you for the interest shown in the last Wrench. For this reason, we have listened to you and have created a public discord.

In the last Wrench, we showed you the Jump Helmet and RPG-22, since that we were able to welcome new members to the team and work on new things like the SVDS and Mi-8 retexture. If you are willing to join us, we are looking for Military Advisors, 3D Artists, UE4 Developers, etc. you can apply in #📩-apply-here.

You can also head over to our discord for any questions, will be glad to answer those.

For you out there that doesn’t know us, we are a dev team that aims to bring a Brazilian faction for Squad with unique vehicles, weapons, maps, command actions etc. Today we have some more work in progress to showcase for you guys, this time we brought the Guarani with actual textures, unfortunately, we didn´t have time to prepare decent textures for the other 2 models, I hope you guys can understand.