My name is Jenny, and I am the Server Licensing Manager at OWI. Welcome to our third edition of the server spotlight. This feature will highlight some of the community servers that we think you may want to check out, share information about them, and show what they are up to or where they excel. 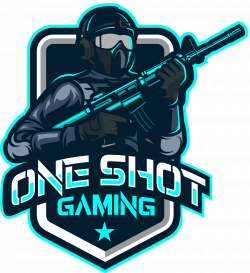 OneShot Gaming was started around the idea of creating a unique gaming experience for new and competitive players alike while keeping a fair and balanced game-play initiative with rules that provide an equal playing field for all players.

The community was built on the backs of dedicated individuals who wanted to make a fun and safe environment for all players to enjoy! All members are open-minded individuals who welcome any new player(s) with open arms, teach as one was taught, and have an equal opportunity to advance in the community itself. The OneShot Gaming community has members from all walks of life spanning the globe, from a growing military following to the everyday working man/woman. OneShot Gaming is genuinely a place where all squad fanatics can call home.

The OneShot Gaming community loves Squad for the replayability factor. The game-play continuously changes every step of the way; every move a player makes can change the tides of war. No matter what, there is always something new to experience when playing Squad; whether it’s a well-placed airstrike or a unit’s flank on an enemy’s FOB, the game-play is still immersive and entertaining.

Jenny’s Notes: I recently visited their server and found it to be warm and welcoming. The admins are supportive, passionate, and friendly to their community and engage players to enjoy playing the game alongside them. I would highly recommend checking out their server.

Next up, we have: 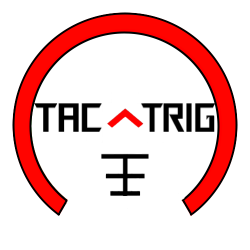 Tactical Triggernometry was founded upon Tactical Gamer’s closure, a well-known online gaming community that goes back over 20 years into the 90s! When TG decided to close its doors, we could not let over 20 years of experiences, memories, and brotherhood instantly vanish! After several debates on what to do and where to go, a member of our group randomly bought a server without asking any of us and asked: “now, what do we do?”. Just like that, TacTrig was founded, and we began trailblazing on our new adventure immediately while honoring the legacy of TG! Here is to another 20 years and then some!

Squad presents players’ opportunity to be engaged, challenged, and brought together by unique experiences within the game. Every game offers a unique experience shared amongst a community that has begun to forge lifelong relationships together outside of the game. From rocket scientists and military veterans to financial regulators and students, we are a community with people from all over the world – Hong Kong, Norway, USA, etc. – who emphasize communication, cooperation, and coordination of the team. In summary, for us, selflessness is the key to success together, and ultimately, TacTrig can be summarized in just a few words, “the team, the team, the team.” With over tens of thousands of combined hours in the game, TacTrig offers an established environment of competent, mature, and knowledgeable players who come together in the name of camaraderie, competition, and community!

Jennys Notes: When I visited their server, I received a very warm welcome. I spoke to some of the players on their server, and they told me they always play on this server because they are just serious enough to have fun. I enjoyed playing on the server and having a few chuckles with the players while playing. I highly recommend checking this server out!

And my final recommendation is: 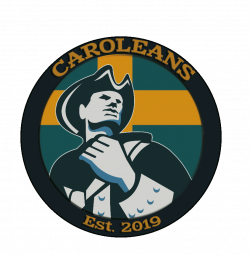 Our community started long ago in the days of Project Reality. We called ourselves “Carolean Legion” and ran a server for the Swedish community. We started playing Squad during 2018, hosted a server, and rebranded into [C] Caroleans. Our clan was later divided into two branches: “[C] Caroleans” for competitive, and “[L] Legionnaires” for only community. Since entering the squad scene, Caroleans has been steadily rising, now competing in Rivals, OISC, and OSS.

Our server is best known for aiming towards experienced players, encouraging fast-paced and high-level gameplay. Our community is welcoming and willing to teach players who wish to take their gameplay to the next level and give Squad a go. Our server is also the only server that is announced as Swedish speaking for the Swedish community.

What we love most about Squad is the dynamic gameplay, freedom and creative battlespace, and delicate balance between realism and arcade elements.

Jennys Notes: When I joined this server, all the players were engaged in the game. The squad I joined spoke to me in English and told me they enjoyed playing on this server because they felt the gameplay was of a high standard. They also praised the admin team on how they handle situations quickly and effectively. I had so much fun playing on their server. Their admins and community gave me a lovely warm welcome. I highly recommend checking this server out!