B-20 is rolling out with optimizations and fixes for servers, audio, game crashes, and more. Not only that but joining Beta 20 will be a new map, Lashkar Valley. 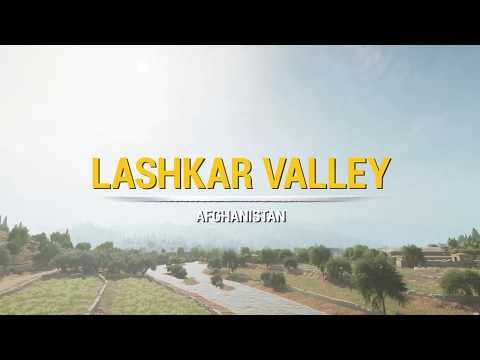 Some of you may recognize the look and layout of this map from the Battlefield 2 Project Reality mod. The Squad version was and developed by Midnight Interactive, the makers of the Aussie mod. Although there are still some tweaks that need to be done to the Aussie faction, we didn’t want to prevent you all from playing on Lashkar Valley in the meantime.

Based in Afghanistan, featuring a forked river valley with numerous village compounds and fertile agricultural land. The rugged mountain terrain offers routes to bypass the river valley, with plenty of ambush points and overlooks.

Our map optimization team has also targeted Belaya, Skorpo and Al Basrah this release, so these maps should perform better, which has enabled us to add Helicopters to several of the layers for these maps.

Also in Beta 20, we’ve got some changes to the infantry gameplay, “Fuzzhead” is here with a rundown for you all:

“The auto rearm of bandages on all non-medic kits upon spawning at a Rallypoint or HAB has been lowered from 2 to 1. This change to the persistent ammo system will especially affect the viability of continuous assaults from Rallypoints and FOB’s that are cut off from the team’s ammo resupply chain. The intention with this gameplay change is to help incentivize teams that coordinate and use their logistics chains effectively, and to disincentivize team’s from repeatedly attacking exclusively from Rallypoints, without coordinating with other support elements of the team such as Helicopters, Armored Vehicles, and Forward Outposts.

We also updated the 1st person camera perspective of infantry to more closely match the actual 3rd person eye height of the character. Prior to B20 the camera height was a bit lower than you would expect.”

Canadian Armed Forces has received a large update to fix issues and improve the map layers, infantry kits, vehicles, characters and other aspects of CAF, give it a spin

As this is a sizeable update with many changes, we recommend clearing your cache to avoid any possibility of issues arising, to do so follow these instructions: