Welcome to the first Wrench of a new year! Hopefully, you’ve all had a chance to enjoy some holiday rest, because we’re back in business with some impressive modding updates. And don’t forget, we’ve officially released the first batch of whitelisted mods.

Without further ado, let’s see who may be in the running for the next batch!

Noxxid3 has spent the holiday season returning to an old favorite, Ramiel. Not only has the dock area been completely revamped, but the landscape has been resculpted with new brushes, providing a more realistic feel. (A special shout-out to Assi for some pointers!) Things are looking a little less clay-like overall.

While looking great, Ramiel isn’t full complete: Noxxid3 has some big plans. Items on the agenda include finishing the Ramiel soundtrack, improvements to rock and ground clutter, expanded areas and points of interest, with an eye toward making it as close to a 1-to-1 recreation of the old PR favorite as possible. In short, it’s going to get even more awesome. 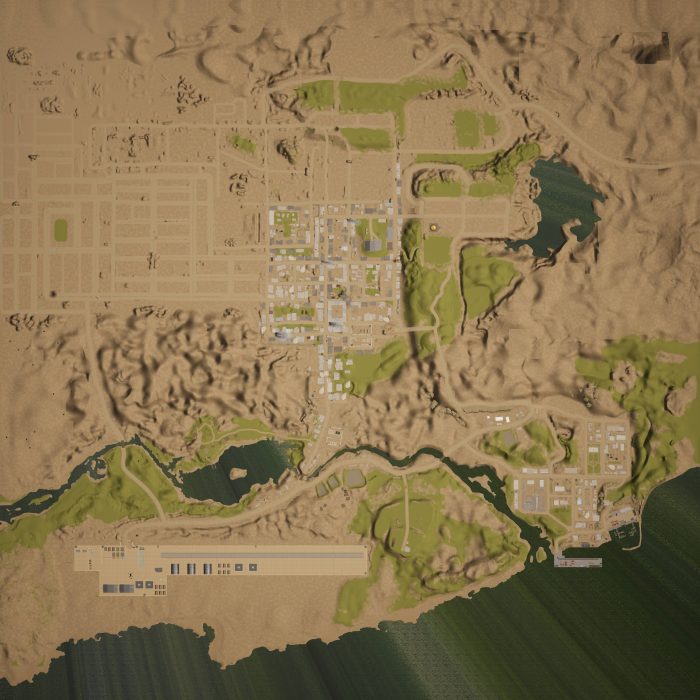 Anyone who’s looking to help test is welcome to get in touch. Special accommodations will be made for Gary. 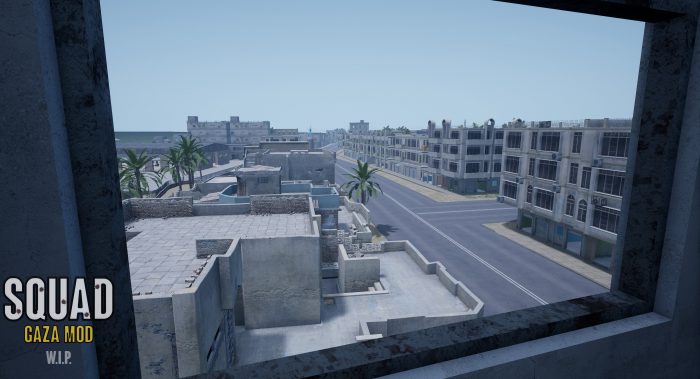 Gaza also comes to us from the storied past of Project Reality and is definitely a welcome addition to The Wrench! Daresios is setting out to recreate the feel of Gaza from the good old days, though you’ll likely notice some redesigns to the original map, created by Outlaw7. (Outlaw7 has kindly given his blessing, so it has a genuine Seal of Authenticity!) 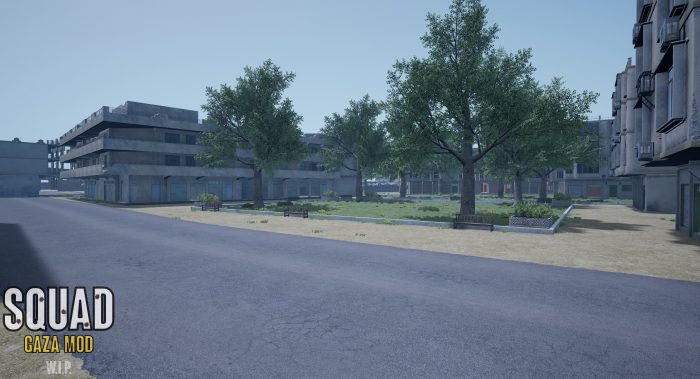 The buildings and terrain of the map will be the most notable differences. Never fear, though: this 2×2 km map will feature no small amount of accessible buildings, rooftops, balconies, and terrifyingly narrow alleyways. Love asymmetric warfare? Looking to up your parkour game? Hot damn does Daresios have a treat for you!

You might notice a new faction between bouts of CQB: Hamas. A classic PR faction will make its return based on retextured Insurgent and Militia models. Loadouts will vary from the regular Insurgent faction, but you should look there for inspiration and tactics. 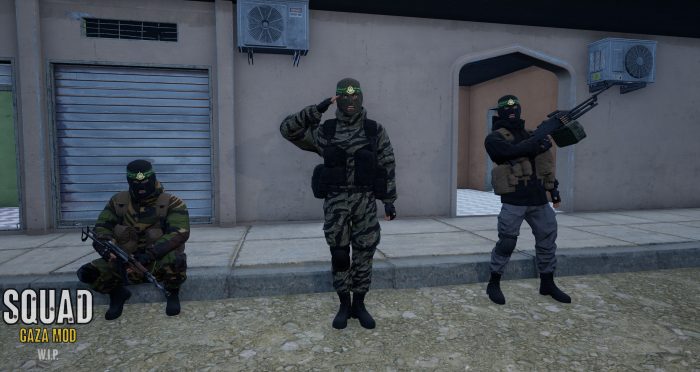 You can get involved or just keep up to date by joining the Gaza Mod Discord. 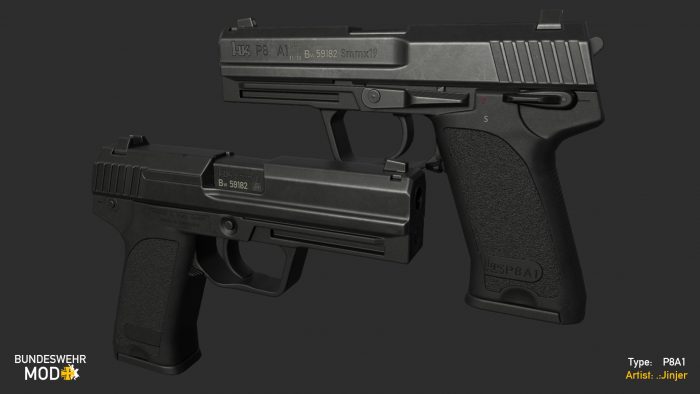 The Bundeswehr Mod Team sends along a pretty stunning update, featuring all sorts of on-going weapon development. Included are the HK P8A1 by .:Jinjer, progress on the 120mm Tampella mortar by Pollack, and last, but not least, w0lf3k is just warming up his animation skills on the HK G36A3. 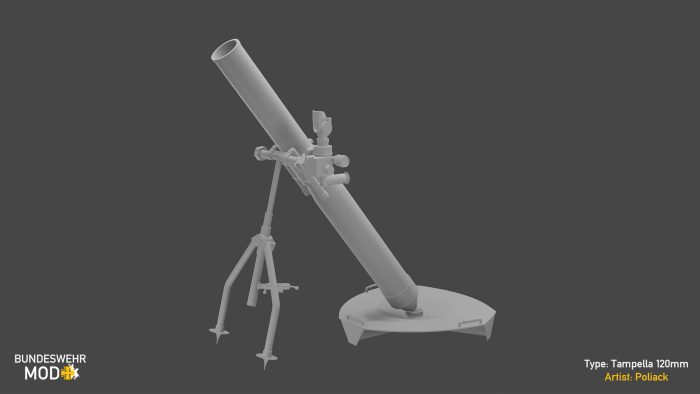 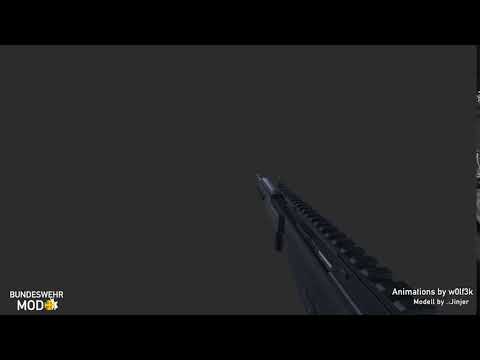 In case you missed it back in December, the team published their first blog post, revealing their development schedule for both map and faction. Check out all the news you can use right here or hop in their Discord server to be there as news breaks! 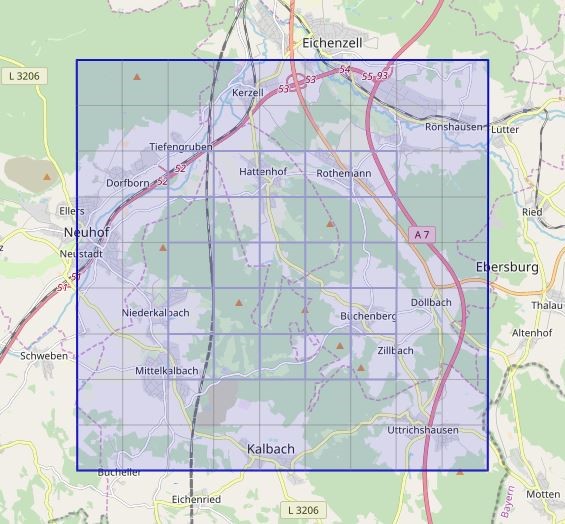 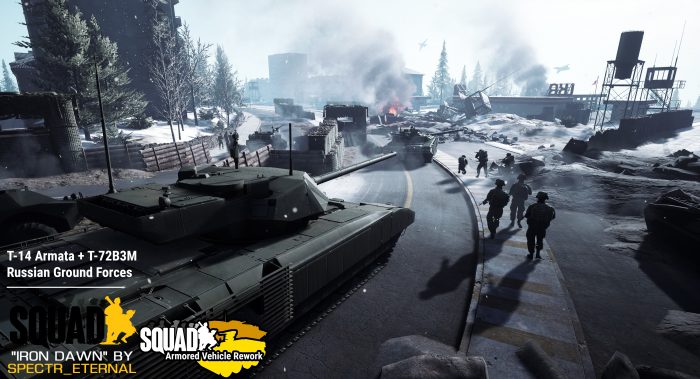 The holidays have a tendency to derail even the best plans, but SPECTR_Eternal and the AVR Mod Team managed to push through and deliver an update on Iron Dawn! 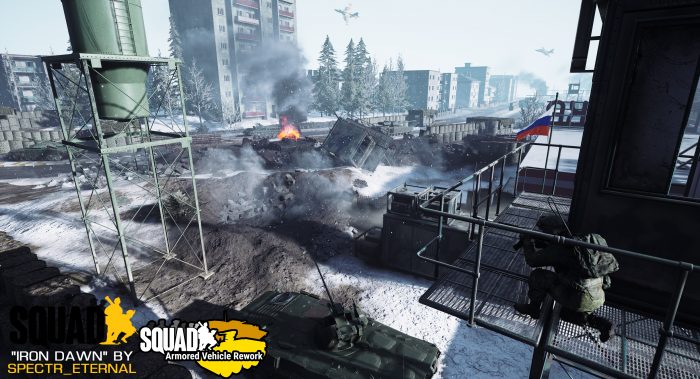 Even better, they’re anticipating that performance playtesting should begin in mid-to-late February. 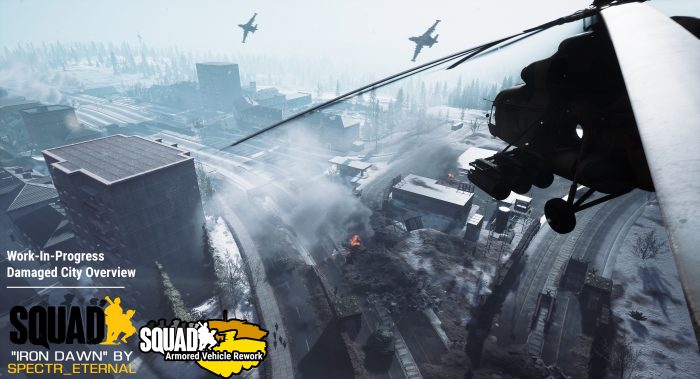 Today’s offering includes some cheeky pieces of AVR armor, as well as a segment of Iron Dawn showcasing a ruined highway section with battle-scarred checkpoints. If you want to see what else they’ve been up to, be sure to join their Discord.

Raid on Rostov by wunda 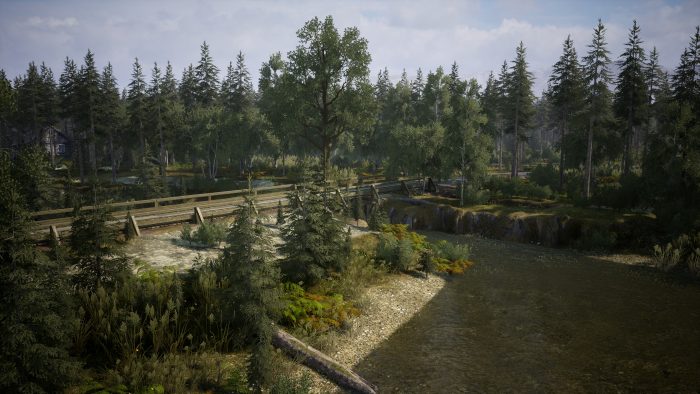 Fresh from the whitelisting of Harju, wunda brings the fight back to the Balakin Munitions Factory outside of Rostov-on-Don with a major overhaul of Raid On Rostov. 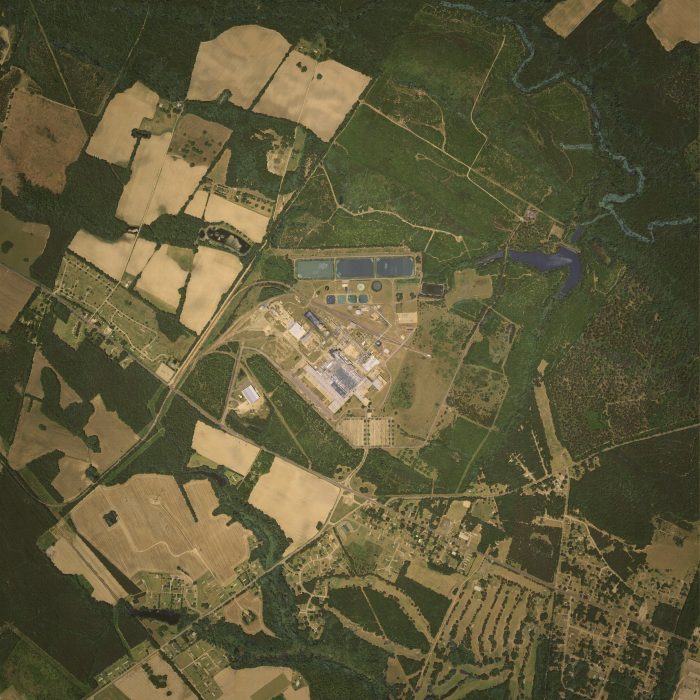 Updated to meet Squad’s more recent visual expectations and moving from 1.5km to a full 4km map. The battle now extends outside the factory into farms and the forest. 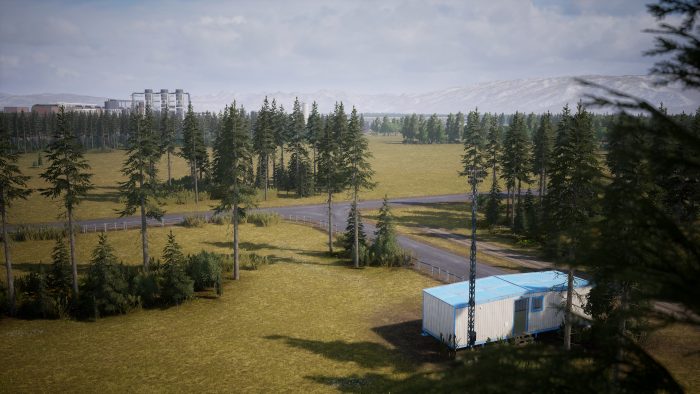 We think it’s looking amazing and can’t wait to give it a playtest!

Another one with the honor of being first among the whitelisted, the ProMod Team sends along an update to show us what they’ve been up to in the meantime. Notably, they’ve performed a graphical update to the much-beloved Operation First Light. Also included are the new stabilized Warrior and CROWS Bulldog variants, giving the British forces a usability upgrade.

Speaking of upgrades, they are also currently in the prototyping phase of Hex Capture Chains for Territory control. What’s that, you ask? They’ve conveniently already answered!

“This will allow us to give ticket gain when a team captures X amount of hexes in a row without losing one. We think this system is a lot smarter than simply awarding ticket gain on each individual hex as that has the danger of giving too many tickets on back and forth capture instead of only rewarding a team that manages to capture a considerable amount of territory all at once. We look forward to implementing and testing this in the very near future and think it will vastly improve TC, especially at a competitive level.” 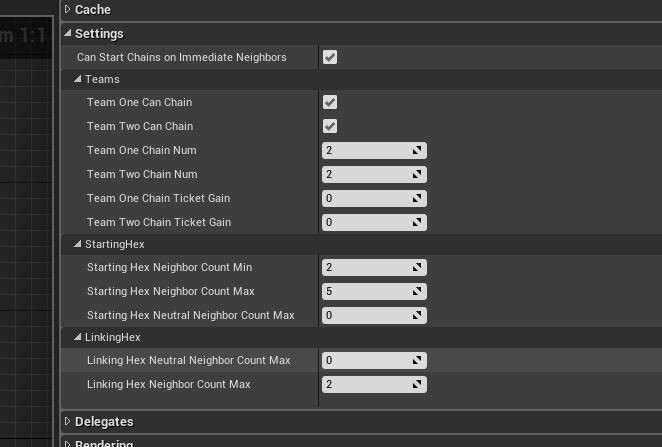 It sounds like a solid move. It should be interesting to see where they take Territory Control next! Promod is freely available on the Steam Workshop. 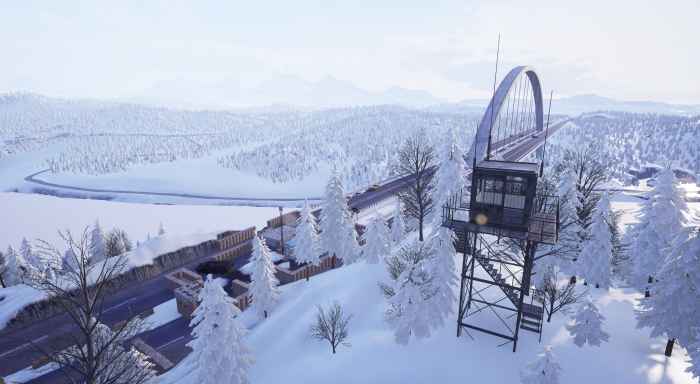 Alac claims he’s “getting there, slowly,” but Svinesund is looking better than ever. In fact, he’s just released a freshly cooked playable layer to the Workshop. The layer features both tanks and choppers, so be sure to give it a floor run and see how it plays. He’s also planning to submit it for whitelisting. 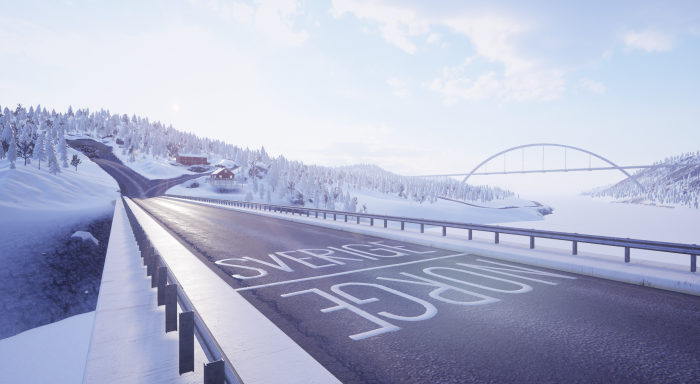 As part of that quest, Alac has been focusing on optimization to make sure the map performs on a level that discerning squaddies have come to expect. 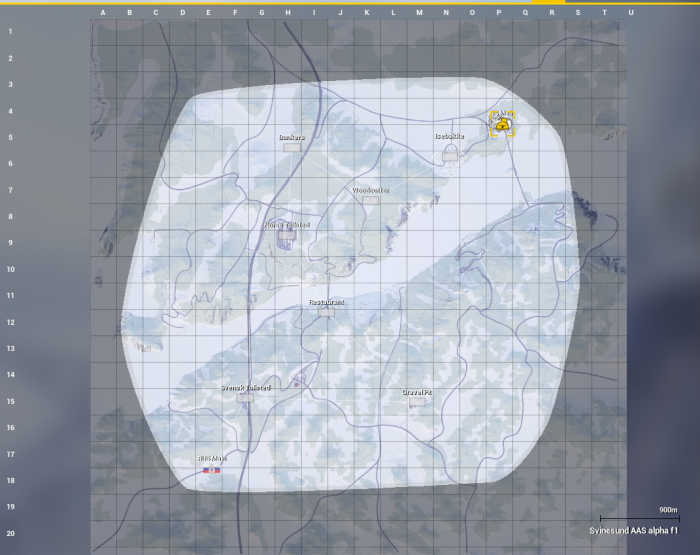 With additional community testing, honing in on cap zones and other refinements should be the last big step, so be sure to give Alac your feedback! 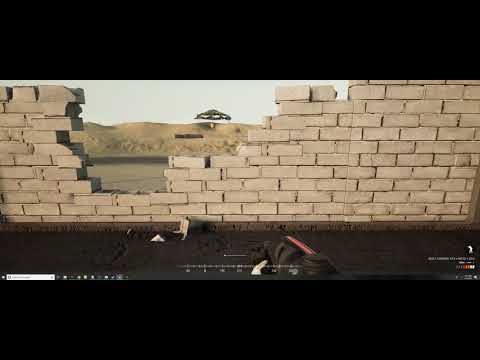 Bigyes assures us we’ll be getting our daily allotment of alphabet soup, “M.E.E. adds four new factions, USSF, RUSF, SAF, and IS.” The mod, of course, doesn’t stop there but moves right on into a desert-themed reinterpretation of Op FL known as Operation Desert Light. 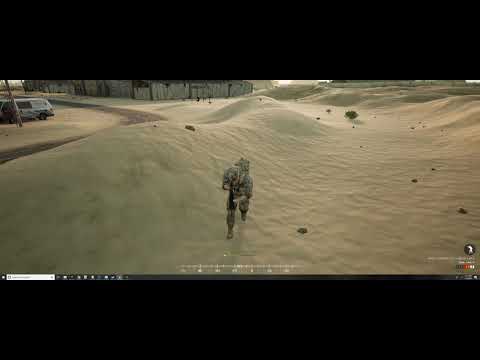 Want more? You got it! Bigyes reports there are also significant gameplay changes, getting started with vault cancellation, increased lean angle, a modified stamina system, recoil changes, and more!

Better yet, you can download the mod right now on the Steam Workshop, where future updates will include a new map, commander changes, and new character models. Hooo boy, there’s a lot going on!

The ATHENA Team has big ambitions: to turn Squad into a sandbox that allows for experimentation with ideas and concepts that further the teamwork-driven experience while rewarding personal skill. Or, put more simply, they want to put you in control of what makes Squad play like Squad.

ATHENA hopes to keep Squad accessible to new players while offering a way for enthusiasts to up the level of public play — all skill levels welcome.

The team has some impressive plans for the future, including a robust medic overhaul ranging from revive mechanics to bleed and bandaging changes. If you’d like to know more, head over to their Discord server to stay informed! 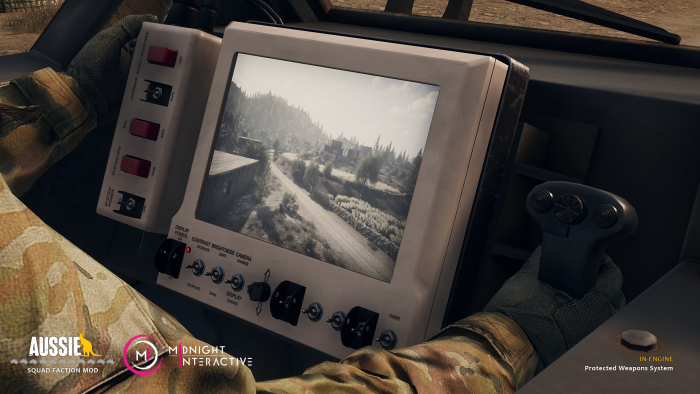 With the end very much in view, the entire Aussie Team (or as those in the know know ’em: Midnight Interactive) wants to extend their profuse thanks for all the on-going support, feedback, and testing! 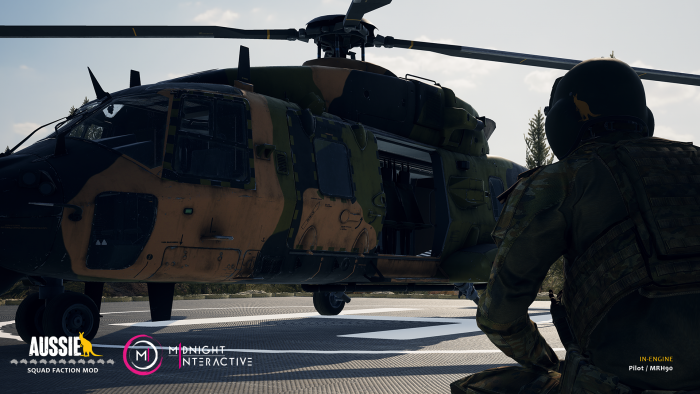 They’ve passed along some images of the PWS, the pilot, and, if we do say so ourselves, some delicious, delicious eye candy. 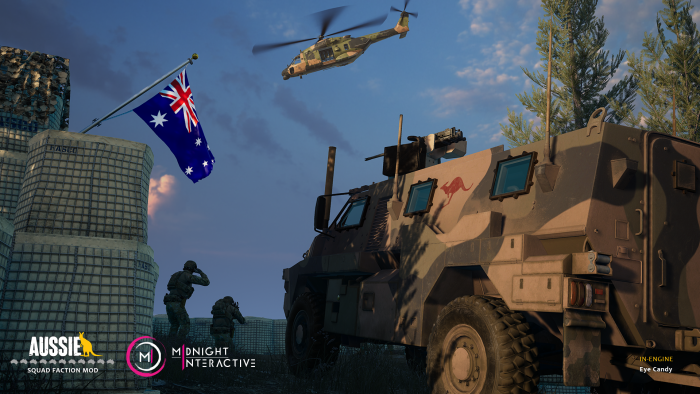 You can help test the mod, or be the first to see them sneak out some new character models, but joining their Discord server.

If you’re still looking for a New Years’ resolution, the modding community has an easy one for you: play more Squad! See you next month, soldier.