After 30 games played of the Offworld Industries Squad Championship we have arrived at the Grand Finals weekend! We sent a blog post out earlier in the week with the updated game times for both Division 1 and Division 2 finals and these will be live-streamed from the JoinSquad twitch page with JohnnyOmaha at the helm, lending his casting skills to bring you the action from this climactic finish to season 1 of OISC. This season has given our viewers plenty of memorable highlights which we have combined into a youtube playlist. Check out the new Season 1 highlight video below along with a reminder of when you can catch the Grand Finals live on Saturday! 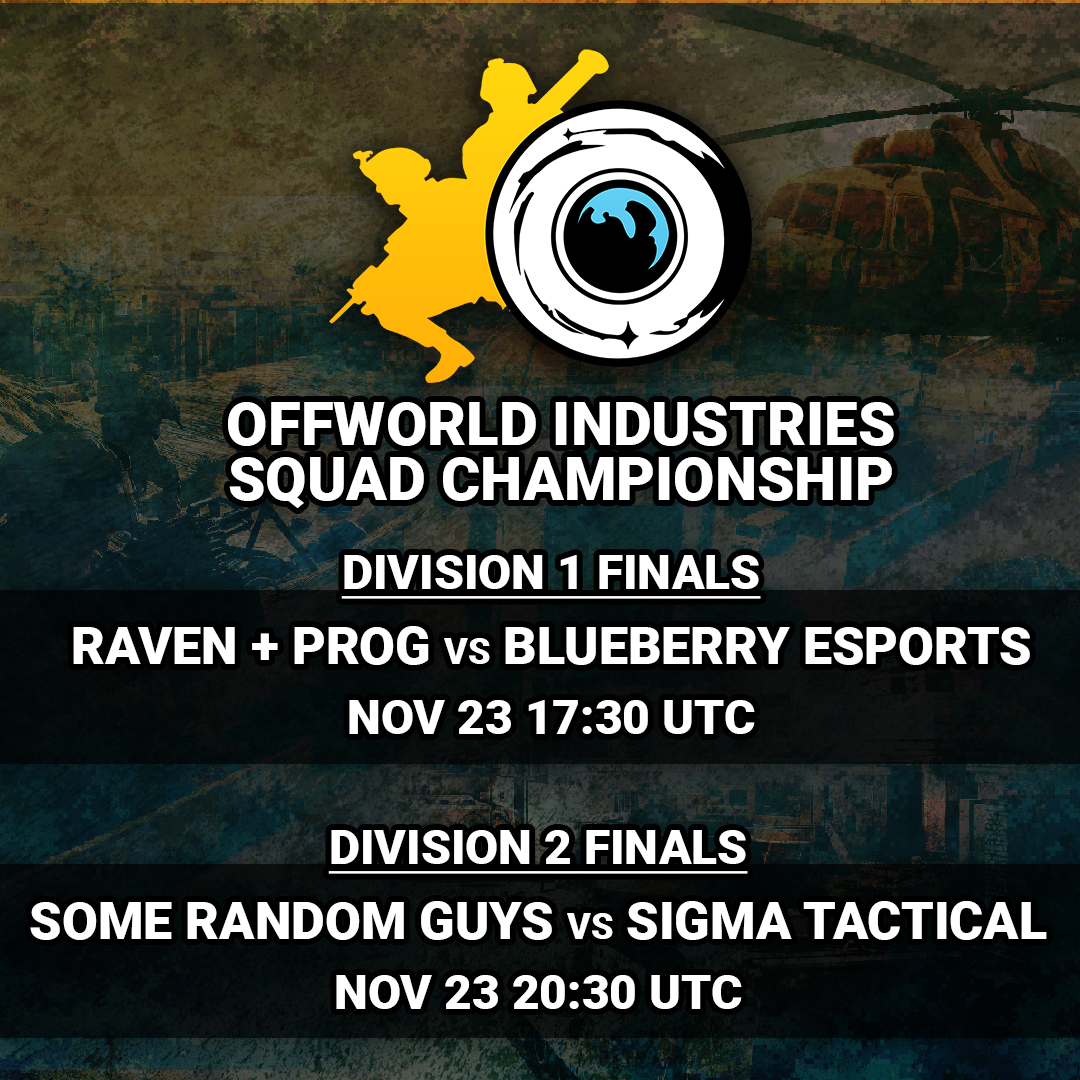 With this last game being all that lies between teams and ultimate victory, who will take the top prize and walk away as tournament champions? Tune in on Saturday to find out!

For all of the information on the tournament, including rule-set and results, visit the OISC toornament page.