It’s the spookiest of seasons and there ain’t much scarier than the live-fire training in the tutorial! We’ve cooked up a way to make that a little bit sweeter though: 40% off on Squad, from now until November 1! 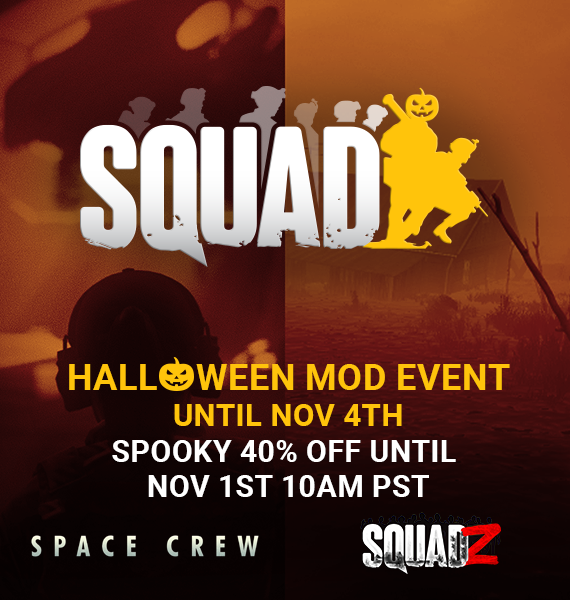 You’re probably going to need some friends to fight off all those zombies and aliens, you know. As part of the festivities, SquadZ and Space Crew will be feared! Err… featured! Simply hop into a server running either mod and begin your download, once you’ve got Squad installed.

Our store page may have a few treats around too. Keep your eyes peeled for a list of events on Thursday!