Bet you didn’t expect to see Alpha 14 so soon! We’ve been working hard to get patches out more quickly and the results are paying off. Speaking off, let’s check out the latest bounty of changes: 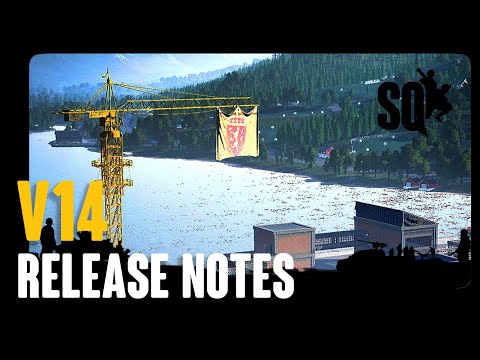 The ragdoll system has been updated to improve the overall look when a soldier goes into the ragdoll state, such as when incapacitated or run over by a vehicle. Soldiers getting hit by vehicles should look more realistic, and there should be less twitching of corpses in most cases. However, as this is still a work in progress, there may still be an occasional visual glitch.

This upgrade introduces a variety of hotfixes implemented to the version implemented in Alpha 13. A full list of engine fixes can be found here. 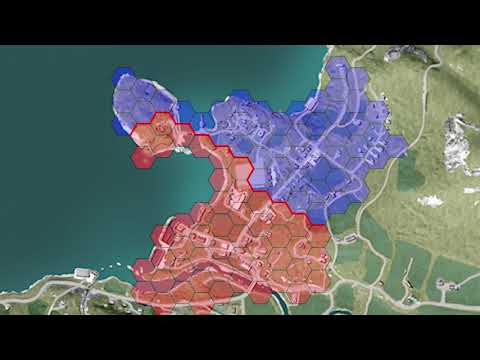 This new game mode has two teams facing off to capture contiguous hex tiles across a map and will continue to evolve through the next few versions of Squad. Territory Control consists of a grid of hexagonal regions, which function like capture zones, anchored by a “key territory” hex for each team as the base of their grid. If a group of hexes is disconnected from this key territory, or the territory itself is contested, a team will need to recapture it before claiming any new territories. The status of a hex is hidden by the fog of war until a team controls an adjacent hex, cloaking enemy movements until conflict erupts.

This new game mode is in the early stages of development and will be evolving through the next few versions.

A few key rules for gameplay:

The M3 MAAWS (or Multi-Role Anti-Armor Anti-Personnel Weapon System) is the American adoption of the 84mm Carl Gustaf recoilless rifle developed in Sweden shortly after World War 2. The M3 can fire a variety of different ammunition, making it a very diverse weapon system. The optic mounted on the weapon system can either be used to calculate drop in 100m increments or be directly zeroed to the desired range. The M3 can fire High Explosive Anti Tank, Heavy Tandem HEAT, and Smoke rounds. This has replaced the AT4 as the US Army Heavy Anti Tank weapon. 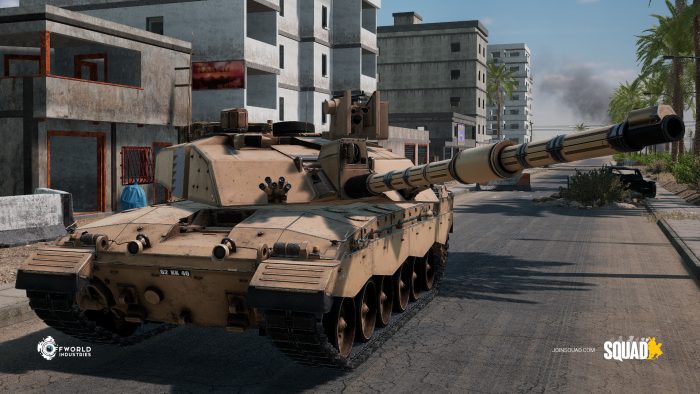 The FV4034 Challenger 2 is the main battle tank of the British Army and holds a crew of 4 (Driver, Gunner, Commander, and Loader). This tank sports a stabilized 120mm rifled main gun capable of firing armor-piercing SABOT rounds, High Explosive, and Smoke rounds. In addition to its main cannon, the tank also has a 7.62mm coaxial machine gun and smoke launchers for self-defense. The commander has access to a high-powered optical periscope featuring hunter-killer functionality with the gunner. The loader’s position has a Remote Weapon Station with a 7.62mm GPMG slewed to it, allowing for additional anti-personnel firepower should the need arise. 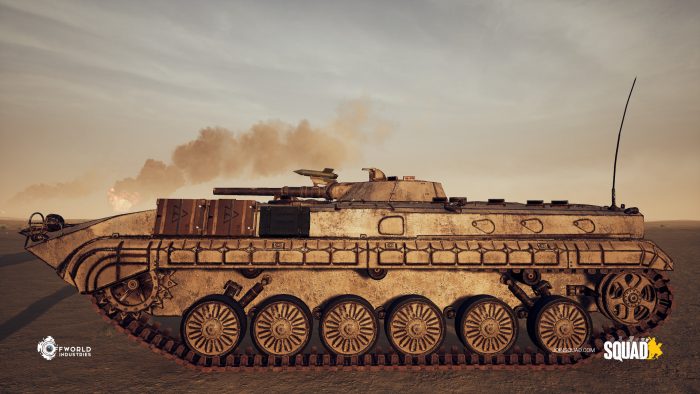 This Soviet-made IFV was developed in the 1960s and is now featured in Militia and Insurgent arsenals. This vehicle seats 3 crew (Driver, Gunner, and Commander) and can hold up to 8 passengers, plus 4 riding on top.  Putting public transit to shame, this vehicle has a 73mm smoothbore cannon capable of firing projectiles similar to that of the SPG9 recoilless rifle. As such it has access to High Explosive Anti-Tank and Fragmentation rounds for its main gun, as well as a PKT coaxial machine gun. An additional Malyutka-P missile adds a slow, but devastating wire-guided option for enemy armor. 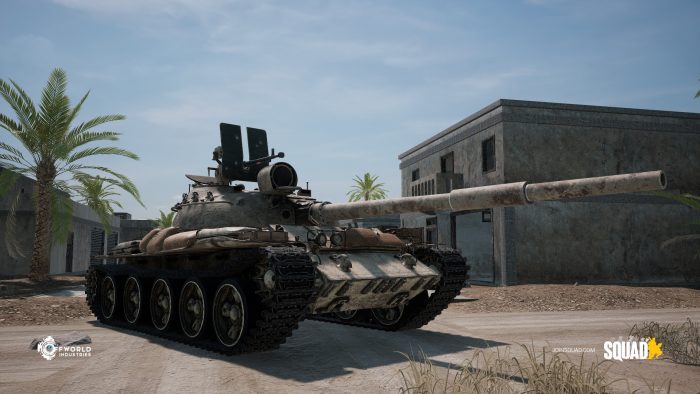 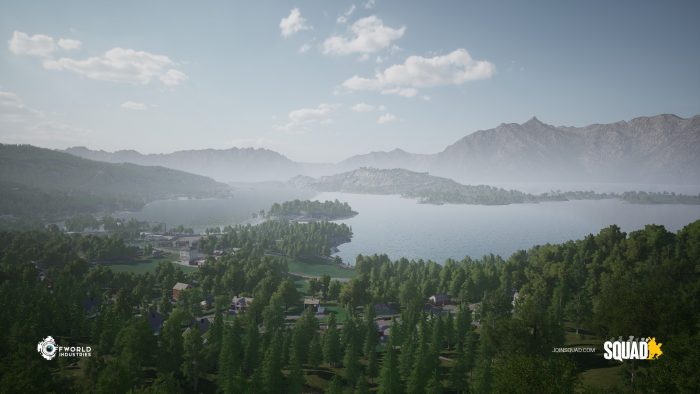 Nestled in between the massive fjords of Western Norway, the tranquil village of Uskedalen and the island of Skorpo are seen as a key strategic battleground to gain control of the North Sea passages. Narrow, windy roads and dark tunnels follow the coastline and are treacherous bottlenecks for any mechanized force. Keeping your supply lines open is also difficult given there not being much room to maneuver. Utilizing the varying elevation of the landscape and hidden forest roads will yield many advantages, but be aware that the enemy might also have the same idea. 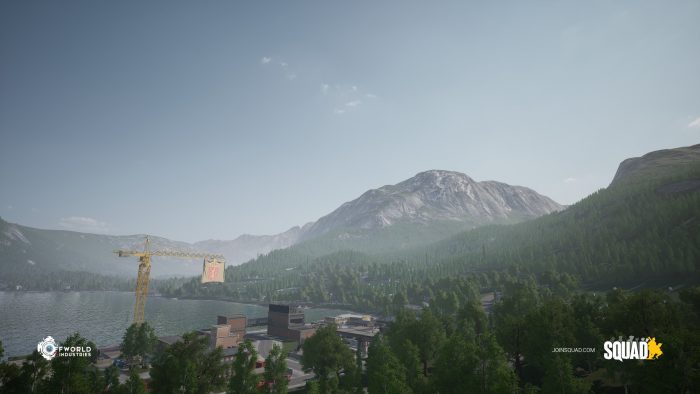 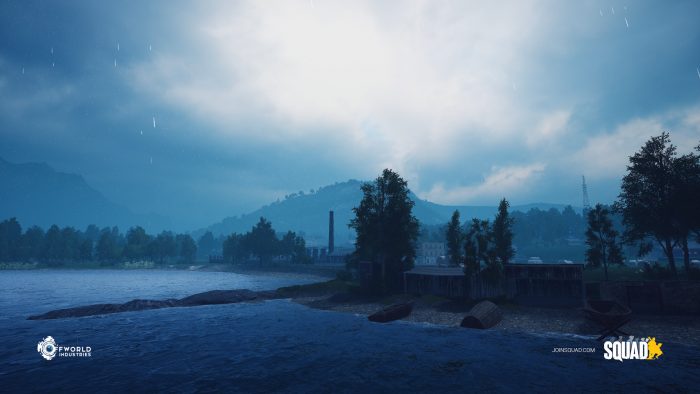 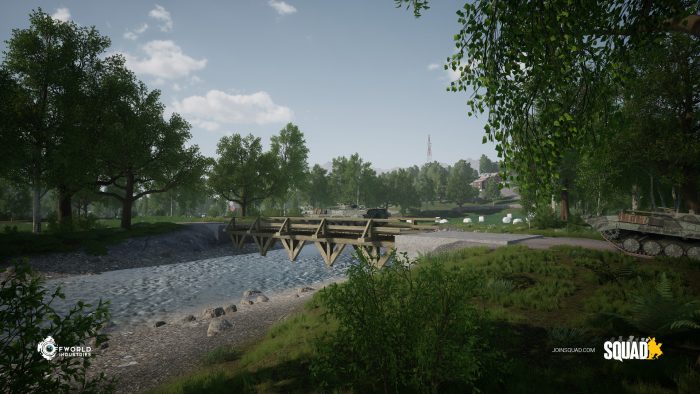