Starting with the test of Alpha 13, we put out a survey, and then followed it up as Alpha 13 went into broader distribution. We’ve been reviewing the data and wanted to share some of the things we’ve learned. A note before we begin: due to our development schedule, there’s likely to be about (roughly) a patch delay between surveys and any changes implemented based on their results. We want to make sure we’re doing due diligence on analysis and planning. Without further ado, let’s look at some numbers!

It should come as no surprise that veteran squaddies put on a strong showing — nearly 90% of about 1200 respondents in the first survey had played over 100 hours, with about 33% having played more than 1000 hours. The second survey had over 4000 responses with about 75% of them having played more than 100 hours. With that in mind, it’s safe to say there’s a lot of experience going into the feedback and we appreciate the experts and newcomers alike!

Is this a good patch?

While we’d love to think so, it’s probably better to go directly to the data before we start patting ourselves on the back. Fortunately, it looks like most of you are enjoying Alpha 13. While it’s not without its flaws, both surveys show about the same, generally positive ratings. A response of 8 out of 10 is the most common for both surveys, 36.9% and 35.6% respectively. If we look at only scores of 7 or better, 91.6% of the people responding to the first survey are represented; 89.3% of respondents rated Alpha 13 the same way in the second survey. 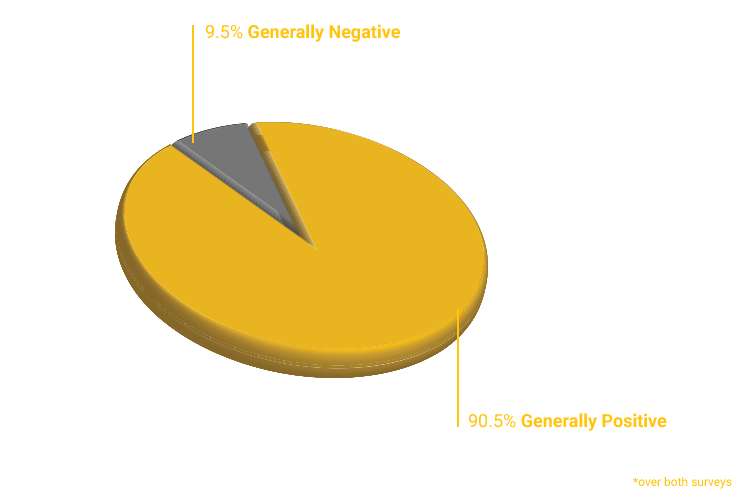 We’ve also seen this reflected in player counts, especially in successive weekend highs. It may be a matter of having fresh content, so we’re going to continue to monitor those trends as well. And keep releasing new content, of course.

Just in case you were curious, a total of 34 people across both surveys felt this was the WORST PATCH EVER. We’re sorry you’re not having a good time right now, but we are extremely grateful to you for providing your candid response. We’ll continue to work hard to bring the best possible experience for Squaddies. 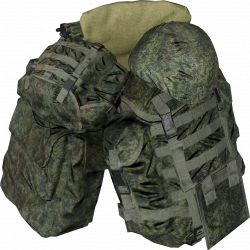 A focus for vocal debate across all points of the community, we were extremely interested to see how people were feeling about the implementation of the buddy rally system. As an experimental feature, we really appreciate all of your thoughts and feedback. Even those of you that dislike it were by and large willing to suggest alternatives or tweaks in a constructive way. Let’s dig into the numbers again.

The first survey asked players to rate their satisfaction with the system and ended up with a pretty balanced split: 27.2% rated it a one, while 23.5% of responses gave it a five. Put another 19.4% smack dab in the middle. If you consider a 3 or better a “passing grade,” about 60% of players were okay with the system, especially with some tweaks. 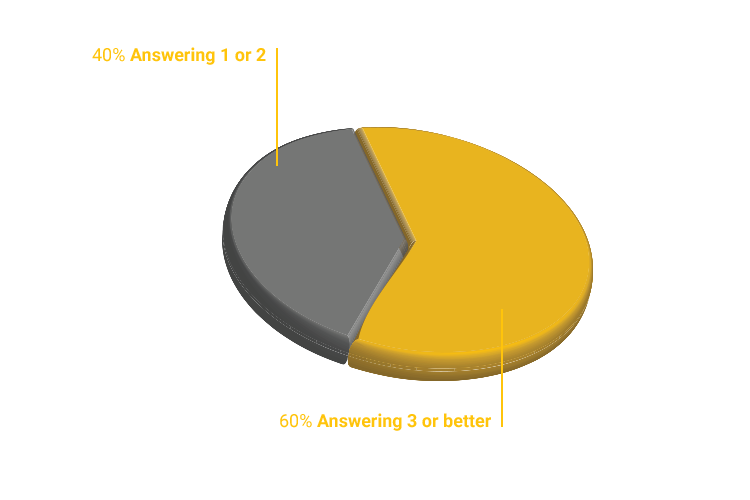 Fast forward to the wider release, we rephrased the question a bit to ask, “Do you want this feature to stay in Squad?” The results came in with 45.8% voting Yes, I want it to stay, 20.7% Yes, but with modifications, and another 12.6% that voted from the Neutral Planet. While it’s not necessarily a direct comparison, these results put the buddy rally at about 79% at the “passing grade” level.

“No, I think it should be removed. With Helicopters coming, I prefer to make them the most efficient way of means of transportation rather relying on another squads rally. The rally should be a backup spawn. HABs are the main spawn points. If you lose the HAB and rally you should be punished by spawning on main.”

“I think the concept is great and has improved PUB games and even COMP games. The times you can place it is too much. I think the changes should be that it has a cooldown timer on the buddy rally system and a squad leader cannot pop it every time he dies. (E.g., a 5-minute timer before you can buddy rally.)”

“Buddy rally should be a comeback mechanic tied into commander.”

What about the 60-second instadeath penalty?

Alpha 13 introduced the removal of the penalty for being revived, meaning that players are no longer instantly dead when harmed after being revived. We wanted to know if players preferred being able to revive their squadmates from incapacitation, or if they preferred the previous “dead dead” scenario. (“Dead dead” is a technical term. Trust us.) 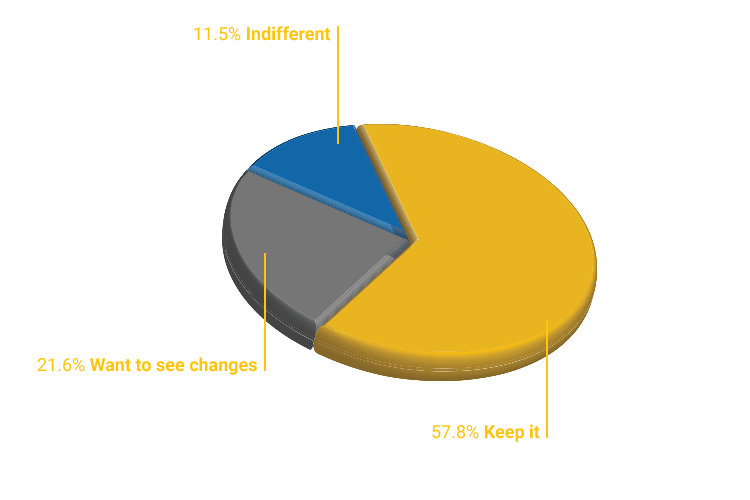 For the first survey, it seems folks weren’t especially enamored of it, but it was more of a mixed bag than anything. 45.4% didn’t like this change, 36.4% do, and those pesky neutrals clocked in at 13.3% again. Sounds like more than a few of you really want to see your squadmates down for good. What did they ever do to you?!

We did a little rewording again for the second survey because we hadn’t yet pioneered the neologism of dead dead. It may have made some difference: 57.8% decided that it was something to keep, though that includes the 21.6% that would like to see some changes. Some of the fence-sitters fell off, dropping indifferent responses to 11.5%.

Another hotly debated aspect of Alpha 13 is the increase to movement speed. Initially, it caused a lot of hubbub, but after some animation tweaks, we felt like most people were getting comfortable with the changes. Does the data agree? 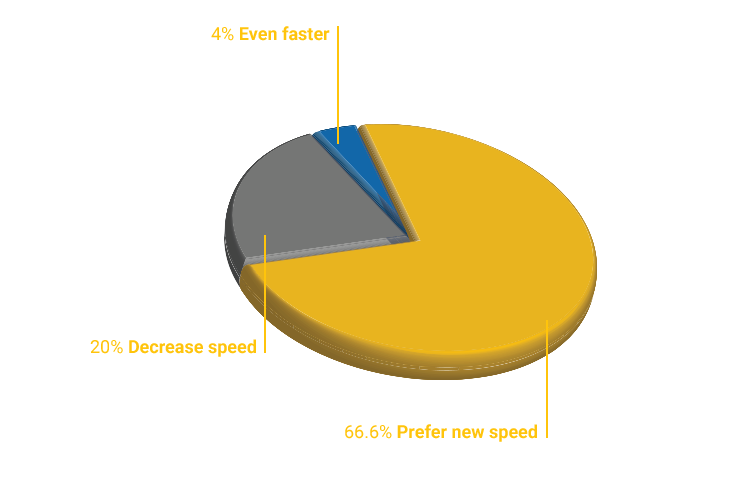 The initial survey asked players to rate the changes to speed on a 1-10 scale, with 5 being “just right,” 1 hoping for a slower speed, and 10 looking for faster movement speed. The results turned out not too dissimilar from your standard bell curve with 36.4% of folks thinking it was just right. About 34% would like to see soldiers moving faster while, you guessed it, about 30% wanted it slower. Maybe it wasn’t the best wording, so let’s see how it went in the second survey.

The question was rephrased as, “Soldier moment speed has been increased in A13, what is your preference? 66.6% of you little devils prefer the speed as Alpha 13 introduced it, though only 4% wanted to see it faster. 20% of people responding wanted to see movement seen decreased to something in between Alpha 12 and Alpha 13. Less than 150 of you were indifferent, so we seem to have shaken off some of the neutral invaders from previous questions.

Speed wasn’t the only change; momentum was tweaked as well. These two systems together play a fairly important role in how soldier movement feels, so asking one without the other wouldn’t provide an accurate picture. Let’s see if the numbers clear anything up a bit.

In the first survey, the results were some of the most evenly divided so far: About 37% of people responding liked the change, another 31% were indifferent, with the last 28%ish being against the changes. Players were often voicing concerns about “zig-zag” spam and a cartoony feel. On the positive side, some players felt it was performing better on their machines.

Skipping ahead a few weeks to the results of the second survey, some better wording in the question may have helped elucidate the answers. About 49% of responses preferred less momentum as offered by Alpha 13, with an additional (mere) 3.6% wanting even less. Players that prefer more momentum and players that are indifferent square off at 23.3% and 24.4% respectively, oddly enough!

One more component to movement is, of course, player stamina. Managing your stamina pool is pretty key to getting around the battlefield, especially if you want to do so alive. In Alpha 13, stamina regenerates faster but is also consumed more quickly. We were extremely curious about how this change faired. Both surveys turned up the same results, with the only distinct difference being a drop in people who outright did not like it. About 57% of people were content with stamina in Alpha 13, and only 12-15% disliked it outright.

As you might guess, the folks that want changes want both regeneration and consumption to be faster… and slower. Interestingly, most people only suggested one or the other, not both!

If we’re being honest, the results on this one were a bit of a surprise — we expected a lot more controversy. Adjusting the user interface is not taken lightly, as people come to rely on it. Still, we’re constantly looking for ways to make it more useful, make the game a little less stressful, and get the right information front and center. In this case, Alpha 13 moved the stamina bar to the center of the screen. Moving into the second survey, “Yes” votes gained an additional 20%, putting the total at 51.8%. Another 22.3% of people remained neutral — down from 23.9% in the first survey.

A huge thank you to all of you who took the time to fill out either survey! We’re going to continue to try to improve our polling techniques, analysis, and reporting on them. We hope you’ll continue to participate as we really appreciate your help in shaping the future of Squad.

We know you’re going to have some feedback, so be sure to hit up the comments!