We’re back with a recap in a brand new year! Hopefully, you’re off burning those holiday feasts at the gym, but if your New Year’s resolution is running out of construction points, maybe we can distract you with some Squad news! Let’s hit the recap:

Engine upgrades bring long-awaited improvements to the development of Squad. We’ve jumped a number of versions this time around, from 4.16 to 4.21 to be exact. A detailed list of the changes and updates in UE4.21 can be found here. Engine upgrades are always a tricky task, but the rewards far outweigh the cons and the team is making swift progress. Once we are upgraded, the entire development team can benefit from the new tools and bug fixes, which leads to improved quality of Squad overall.

In fact, the Alpha 13 test last week was the first version we played in the new 4.21 Unreal Engine version, a test designed to identify all the bugs associated with the migration. Keep an eye out for more testing! 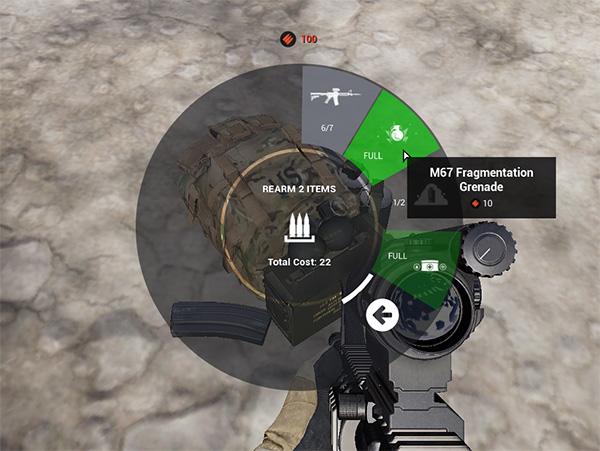 Having seen the light of day in the Alpha 13 test last week, we can confirm this is a welcome improvement to the Ammunition resupply mechanic. The update will give you the ability to pick which item in your inventory you wish to rearm.

In the Alpha 12 implementation, if your ammunition requirements exceed that of the supply source, you’re unable to rearm, in addition to using ammo points greater than necessary. This should help free up “extra” ammo points for other players in need. You’ll have the ability to rearm exactly what you need when you need it. How well you use it is still up to you, of course.

As described in an earlier development update, we’re also putting into testing the last major upgrade to the vehicle component damage model: destroying the wheels and tracks. This allows the attacking side to better score a mobility kill by giving another potential target as the tracks and wheels are usually more exposed and less armored than the engine.

Ambush weapons like mines now have an additional, slightly different purpose by targeting the tracks/wheels, scoring mobility kills, allowing for some degree of counterplay on the part of the victims. We’ll be keeping an eye on how effectively the new components are used, so keep your feedback coming! 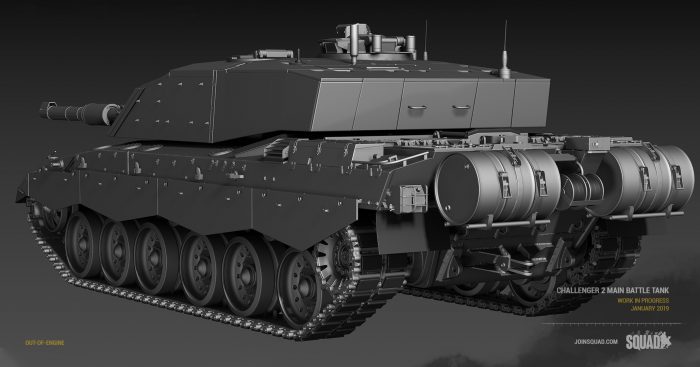 We have in the works a ton (pun unintended (Editor: I don’t believe that for a minute.)) of new ground vehicles, including the higher tier Russian APC in the form of the BMP series of infantry fighting vehicles, the British Challenger 2 main battle tank and the Soviet-era T-62 main battle tank for Militia and Insurgent forces. The Challenger 2 and BMPs are still very heavy work in progress at the moment, but they’re definitely coming together! 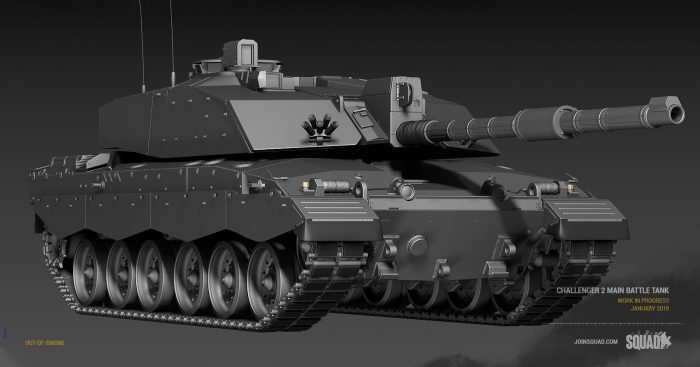 An extensive redesign of the Challenger 1 main battle tank, the Challenger 2 should provide a considerable upgrade to firepower and protection for the British forces in Squad. Though it looks similar to its predecessor, less than 5% of the parts are interchangeable, and it is 100% meaner. 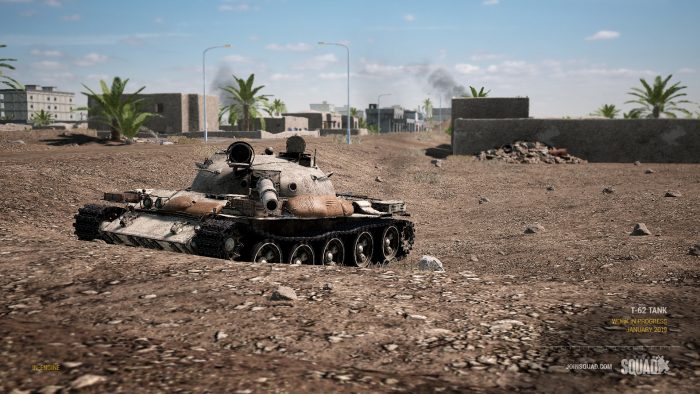 A Soviet workhorse that rolled onto the field in 1961, the T-62 became the standard tank in their arsenal. It’s staying power has left it a capable vehicle with thousands in use around the world today. 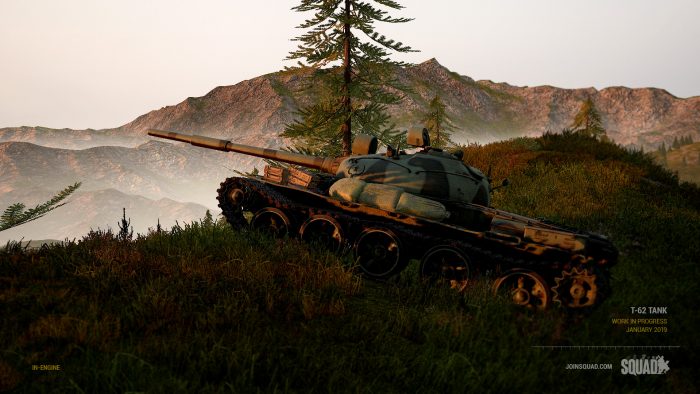 We will be introducing a number of vehicles from the venerable BMP series, in order to give Russia and the unconventional factions a boost in firepower. We will initially be rolling the BMP-1 as well as the BMP-2 across a number of factions and layers. 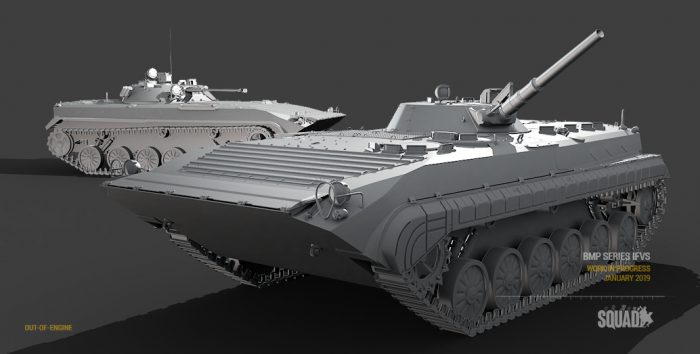 Later on the plan is to upgrade the Russian faction to use the BMP-2M variant instead of the dated original version that will continue to be used by the irregular forces. The BMPs should offer a little better protection than the BTR based vehicles. The BMP-1 has a rather interesting main armament in its 73mm recoilless gun. This is essentially an SPG-9 as its main armament. 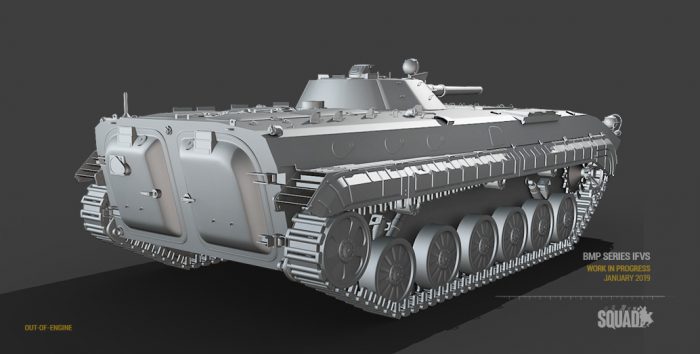 In contrast, the BMP-2’s main armament is the 30mm 2A42 which has an even more ridiculous fire rate than the 2A72 found on the BTR-82A. If that wasn’t enough, both of them will have the option of equipping ATGMs if it is appropriate for the layer and faction. 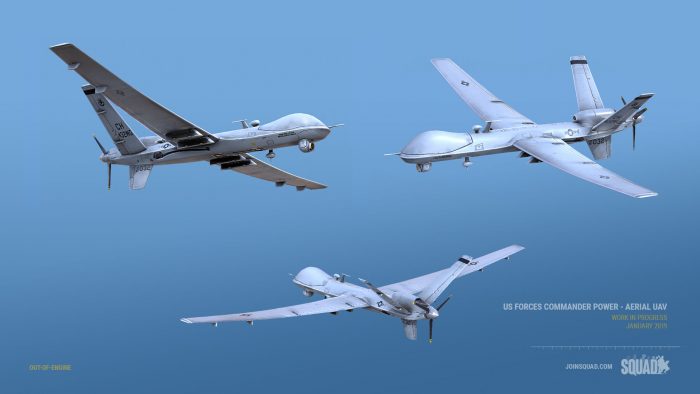 We’re also working on the aerial UAV feature that is accessible by the Commander. With the ability to zoom right into the action from above, this should give an unparalleled level of observation and scouting power to the top. We’re also working on functions like target tracking and marker interactions via the UAV camera, further streamlining the experience. We’re aiming to make Fallujah the densest map we’ve created yet. The most difficult part in making such complex environment is balancing many different gameplay paths, areas, and scenarios. 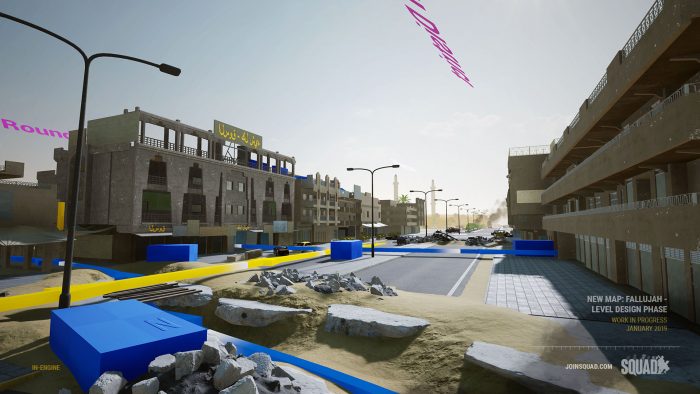 To achieve that we’ve implemented a new system using gameplay markers, allowing us to focus on bigger picture and leave the detailing to a later stage of production. This way we can effectively iterate in designing each flag; speeding up and streamlining the creation process. Stay tuned for more as we move into testing. We’re going to need the grizzled veterans and newbies alike to test out a renewed favorite. 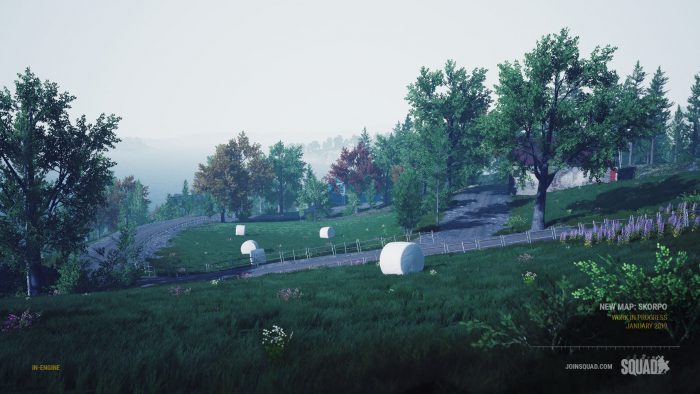 Progress is also being made on Skorpo, an upcoming new map based on a tranquil village on the western coast of Norway. Since the playtest last year in mid-December, work has been done to incorporate those findings into a more streamlined gameplay flow. 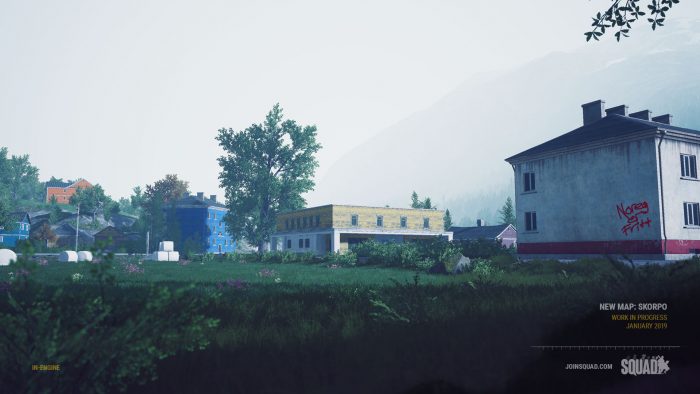 Changes incorporated after the playtest include adding more alternative routes, making roads more traversable, and reworking the flag layout, among other gameplay considerations. A big challenge with this map has also been optimizations and, luckily, the 4.21 upgrade brings new tools for larger environments. It should help to bring a smoother experience for the players. 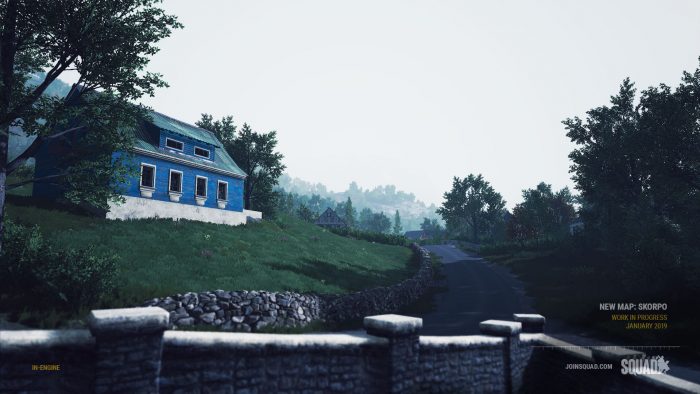 And last, but not least, we had the opportunity to sit down with Squad’s lead producer, Dave “Drav” Mason. Drav shared his insights into Squad development, took your questions, and chatted with us for about two hours. A huge thank you to everyone who attended! (P.S. We’re aware of the audio issue — skip ahead to six minutes. We promise you didn’t miss any leeks.)

Hot damn did the team come up with some cool stuff for this Recap! Until next time, keep your friends close, and your air support closer.