From time to time, the Squad community comes up with something really cool that we want to shine a spotlight on. In that vein, we’d like to introduce you to the Squad Charity League, which will be kicking off their inaugural match for charity in the coming days. They’re pouring all of their hard work helping those in need, so let’s hear directly from them:

What is the Squad Charity League?

Squad Charity League is an international fundraiser benefiting charities and causes the community is passionate about. Using our Twitch page, our first tournament will be fundraising for Doctors Without Borders starting Saturday, August 4th. 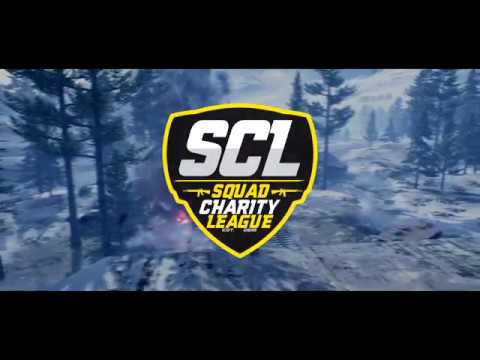 The tournament will be an elimination-style tournament, with 8 teams fighting to become the final victor. This type of tournament has never been done at this scale within Squad, so be sure to tune in! Directed by BigJimmyHD, RedBaron, and [Ops] Jack, SCL provides a professional viewing experience that aims to promote positivity within the Squad community.

How do I watch?

Squad Charity League’s first round will be kicking off on August 4th, with the next round of matches on each following Saturday (August 11th & 18th). We will be fundraising on our Twitch livestream, which will be using the Squad Ops Multicam system!

When are the matches?

The tournament will begin on August 4th and will be playing the first four games of the tournament. The times and teams for each game are as follows:

Check out this handy UTC Time Zone Converter to convert the time zones!

Looking for more information or ways to get involved? Visit us at any of the following: