Welcome to The Wrench! We’re going to be doing something a little different this month. With the free weekend beginning on Thursday, June 21, we wanted to present some of the mods the Squad community has battle-tested for top-notch fun.

But first, there are a couple of things you should know about modding: It’s a system in progress and what you’ll see is still changing. If you’re curious, you can check out the latest update on modding right here.

Second, standard Squad servers and servers running mods are broken into two tabs in the server browser. You’ll want to navigate to Custom Servers to check out any mods.

Lastly, if you’re interested in Squad mods or modding, we recommend joining the Squad Modding Hub Discord. Once you’re there, you’ll find many of the folks responsible for some of the coolest things happening in Squad right now!

Modder Virus.exe, with the help of folks like Assi, Nordic, Rincewind, and more, has been hard at work for awhile on this game mode; we last saw it back in January. It has progressed nicely and you can find it on its Steam Workshop page. How do you play Destruction?

“Attackers need to destroy weapon caches in each objective zone, Defenders need to protect them at all costs.

A weapon cache can only be destroyed by an incendiary grenade, a device carried only by attacking Squad Leaders. Once a cache is destroyed, the attackers receive additional tickets.

Each game consists of three phases with two objectives in each. After the last objective in the final phase is destroyed, the attackers win.”

Truly a community effort, Destruction really makes teamwork shine, so be sure to strap on your headset and keep an ear open for your squad leader’s commands.

One of the most beautiful maps in the Workshop, Forest Air is a perennial favorite in The Wrench. SilenTblooD has a keen eye for atmosphere, which just oozes from the screenshots: If you want to check out Forest Air, head over to the Workshop page! Be sure to leave some feedback in the comments — your input matters! You can also see more of his work by visiting Artstation. 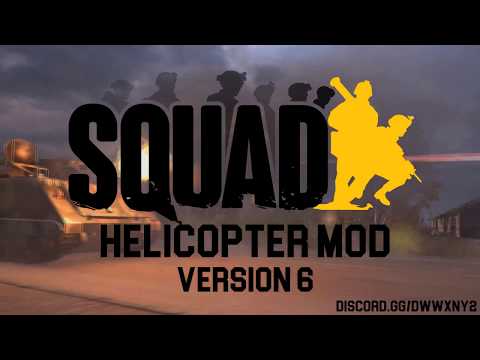 While it’s not quite ready for Alpha 11, this chopper mod has been delightful to play with and has definitely earned a place on this list. While Squad will have its own helicopters at launch, that’s no reason not to explore the wonders of soaring through the skies – or the terror of plummeting to the ground. Head over to their Workshop page to see what’s going on in development. Jensen’s Range is a fine place to get familiar with your loadout, but what if you want to go a little more in-depth with your training? Enter Victor Tenax and their Tenax Training Grounds Basrah. Featuring an assortment of weapons, vehicles, and training spaces, it’s one heck of a place to run some advanced drills with your squad. As you may have guessed, it, too, has a Steam Workshop page. Oft-featured in The Wrench, Squad Mod France has undertaken the monumental task of developing an entire faction. Their latest update should give you a taste of the dedication and skill that their team is putting into their mod! Be sure to check out their most recent progress update, which includes an interview with 3D Artist Anastasia.

Seeing some ground between the Fortnites and PUBGs of the world, Wasti, StrangeZak, and Bruno have joined forces to work on Squad Battle Royale. Intended as a way to help develop and test modding, the team is making swift progress (see a preview of the map below!) and would love to have you along for the ride. If you’d like to know more about Squad BR, check out April’s Wrench, or join their Discord server.

Gulf of Oman by FAR.STAN

Coming out just in time for this month’s Wrench is FriendlyNikolai’s astonishingly beautiful video of the Gulf of Oman map by FAR.STAN. Featuring a first look at a US aircraft carrier, you’re going to want to check out the video ASAP: 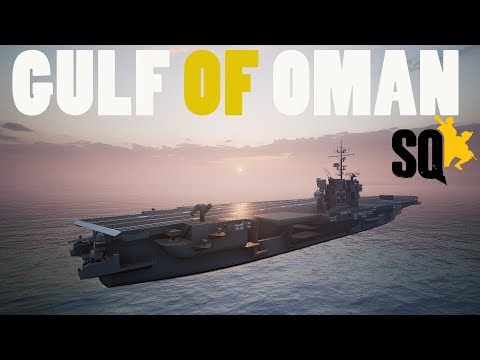 Still in alpha testing, you can find and follow it on the Steam Workshop page. Beautiful work, folks!

Still not quite there for A11 but LoRDHitMan is working heavily on an update for his map Finkarus. Featuring a lot of new buildings and props he is currently also working on an optimisation pass for it to make sure you’ll have the right amount of frames for optimal viewing. Wheezy is working on some more nostalgia, this time for Project Reality veterans in the form of a remastered version of Khamisiyah, which was made by AFSoccer. It’s built from the ground up and is heavily based around armoured warfare. So in the future this map will play out great, but we can’t wait to try it out soon. No matter if you’re just checking out Squad for the free weekend, or are with us for the long haul, there’s sure to be something that grabs your attention. As always, we want to thank the modding community for putting in their hard work and dedication. You never cease to amaze us.