On behalf of the entire Offworld team, we would like to take this opportunity to thank all of the early founders and backers of the studio. Without the immense trust and faith the approximately fifteen THOUSAND of you showed us back before Steam launch, we wouldn’t be here today.

Your early support allowed us to bring on the team full-time, to begin growing the studio with the care that would later be needed to successfully fulfill the goals of the project. It has also allowed us to tackle quite a large body of work, ready to learn how to deal with challenges we could never have foreseen. They were exciting, intimidating, exhilarating days.

As we move closer to a much more mature version of Squad, we want to show our appreciation to those founders by introducing them to our partner studio, Periscope Games, and their project Post Scriptum in one heck of a cool way.

Thanks to your early support, we were able to help take this fledgling group of World War 2 enthusiasts and amateur game developers and plant the seeds of what will become one of the most realistic and largest World War II games on PC we’ve ever seen.

To show our appreciation for the contributions all of you have made, we would like to offer all pre-Steam launch Founders and Backers the opportunity to redeem one Post Scriptum key per active Squad key for free beginning in mid to late April. This applies to all 15,000 dedicated supporters — from the multipack Rangers and clans to the single key Backers. That means if you received two keys as part of your Squad backer tier, you will receive two Post Scriptum keys!

In addition to full access to the final game release, recipients will also be invited to participate in pre-release weekend testing beginning in May. (Official date to be announced by Periscope Studios.)

That’s right… get a free game key and be one of the first soldiers on the ground!

Not a bad return on investment!

How do I request my keys?

Fill out the handy form above with the same email you used to back Offworld. The application will verify your data and deliver the right amount of keys based on the donation tier to which you belong. (E.g., if you received 10 clan tier keys for Squad, you will receive 10 Post Scriptum keys.)

Your key will unlock full access to the game, as well as provide access to pre-release weekend testing. (Please note: This will not include the current closed testing being done internally by Periscope Games.) 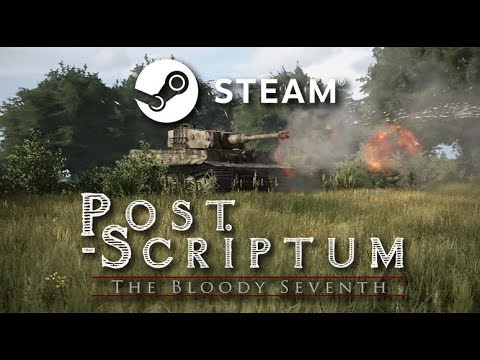 Post Scriptum is a first-person historical shooter that builds an authentic World War II combat experience on the technological foundation of Offworld Core. Focusing on historical accuracy, large-scale battles, and the same intense need for cohesion, communication, and teamwork that you find in Squad. You’ll find yourselves at home in another era with a whole new lineup of awesome weapons, vehicles, maps, and more.

I’m not a Backer. Can I still get involved?

Soon! The folks at Periscope Games will be offering pre-sales for Post Scriptum in the near future. Be sure to follow them on Steam to make sure you get the latest news and announcements!