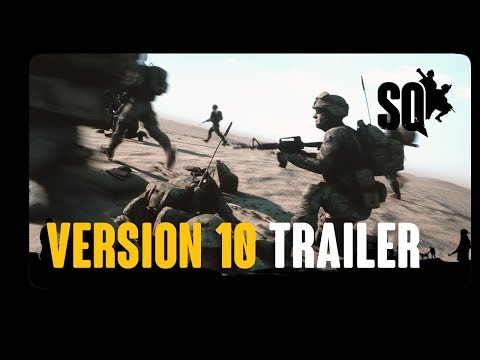 New animation system? Check. Bipods? Check. Climbing and vaulting? Check. ALPHA TEN IS FINALLY HERE FOR GOOD? A BIG OLD CHECK! It’s time! It’s here! The wait is over and we’re exceedingly proud to announce the release of Squad Alpha 10 — and ready to get back on the machineguns. Catch up on the notes while you download!

Version 10 will be available at 1800 UTC via Steam. Please reset your appdata in the game settings if you run into trouble with the new build! Discord Rich Presence is now active with Alpha 10. This means Squad has some integration including seeing your squad’s population, team population, the current server name you are on and the map layer being played.

Hot damn, that was a long one. Fortunately for you, knowledge is power, and your big ol’ brain is ready for some playtime. Get out there and kick some ass, squaddie!