The day has finally arrived. After much tribulation we present to the world Alpha 9 of Squad! It is now available via Steam so be sure to update before playing.
In addition to upgrading to Unreal Engine 4.14, this update comes packed with a whole lot of content related additions including new vehicles, map expansions, gameplay changes and balance tweaks.

For more information on some of the major new additions in this version, please take a look at our Feature Preview for Version 9 put out recently.
Version 9 is now available via Steam. Please always reset your appdata in the game settings on every new build! 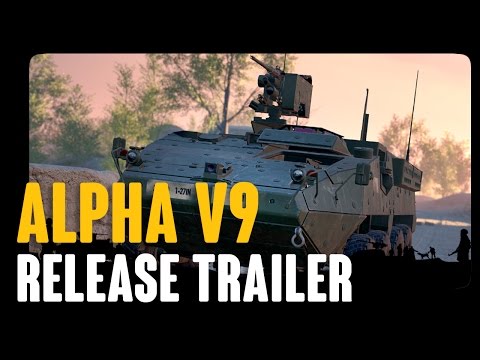