It’s time to bring you the latest news on the Squad Closed Pre-Alpha.

While some of us are recovering from the awesomeness that was the opening weekend to the Squad Closed Pre-Alpha, we’re still certainly forging ahead and preparing for the next week of gaming and play-testing.

All Commander, Airborne and Ranger level backers should have received their emails with their Pre-Alpha keys by now, but for those still without access please contact support (at) joinsquad.com

Without any further ado, here’s what we have in store for the coming weekend.

You can now go prone. This is the first iteration of this feature so it is subject to a lot more development.

Kills, Deaths, Flag captures, and many more events are now scored. Kill score is only updated on your scoreboard after you die, so you can’t confirm kills through score updates on the scoreboard.

This weekend we are testing an experimental Conquest gamemode on Kohat. It features 3 flags with custom ticket bleed rules over a completely unexplored area of Kohat. With this test map, we are also testing the back-end systems for supporting different gamemode types. While we have no plans to release with a conquest gamemode, this helps us bug fix our systems as well as play around with different styles of gameplay. We are very curious to hear your feedback from this gamemode.

We would like to also showcase the absolutely beautiful cinematography in this video done by backer Nostave. 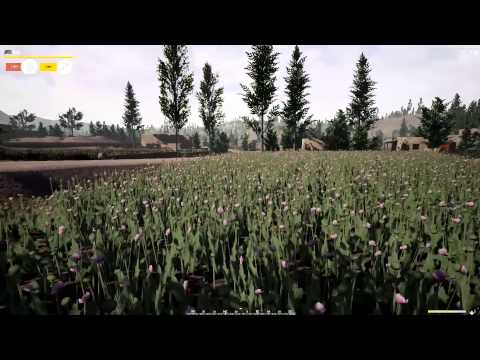