Welcome to your monthly update! We’re kicking this one off with an eye to the future before we dig into the June goodies. As we race into the second half of 2017, we felt it was important to give the community a comprehensive update of the road ahead and the what the future holds for Squad and Offworld Industries. Spoilers: It’s going to be a good year.

There’s no shortage of action behind the scenes, marching ever closer toward release! As the Unreal Engine has developed in parallel with Squad, we’ve worked hard to make sure to keep the engine up-to-date and include new features as they become available. This has netted us some great improvements, but also cost us some development time when fundamental changes have to be made. As we come into the final cycle of the alpha portion of the development, we have decided to move quickly toward version 4.16 of the engine. We will absolutely continue to pull in relevant features into Squad as we go forward, but we want to dedicate more resources to performance and stability in an effort to bring everyone a better playing experience.

As a result of this, we have readjusted our near-term development plan to get the engine upgrade and the stability pass completed before finishing up our core systems. Everyone in the community should start to see the benefits of this stabilization over the course of the summer, culminating in our release of both the new animation system and core inventory.

Also, the success of Squad (thanks to you!) has allowed us to start to substantially increasing the capacity of our team. In particular, the programming team will be growing by an additional four members beginning in the next several weeks. This should dramatically increase our ability to handle a wider breadth of development and break up many of our bottlenecks. Expect to meet and greet the these talented people in future updates!

Speaking of growing, with nearly 40 full-time developers, Squad maturing, and the studio becoming more financially stable, planning for the future becomes more critical. With roots in modding, we are always on the lookout for talented individuals or teams that we can help with getting a foothold in the industry. Several members of our current team were found right here in this community.

We are pleased to give the OWI community an update on our plans to extend and strengthen this connection in the years ahead.

Modding and the Community

As part of our early commitment to a community driven project we released the Squad SDK soon after our Steam release and are continuing to plan for full mod support. In May of this year, we transitioned two developers, StrangeZak (Zak Strange) and Irontaxi (Chris Greig) into planning and implementation of the modding platform for a complete release to launch around the end of September. From the humble days of a couple of guys working from their living rooms on Skype, the Offworld team has had a strong desire to make our FPS platform a template for future games on the Unreal 4 engine. As part of our long term plannings, we have been working on creating a stripped down feature framework that both indie teams and Offworld can use as a base for their games. This would include carrying over many of the gameplay features and teamwork oriented structures that make Squad unique, such as squads and voip, in the hope that these things start to set a new standard for Multiplayer games. This framework is known as the “Offworld Core,” and we look forward to seeking out teams interested in making everything from sci-fi ship combat to zombie post-apocalyptic shooters.

As part of the first steps in this effort, Offworld Industries is proud to announce our partnership with Periscope Games who have been diligently working on “Post Scriptum,” a WW2 multiplayer FPS with a focus on historical accuracy. Set in the 9 day long Operation Market Garden campaign of 1944,, Post Scriptum will depict British paratroopers fighting Tiger tanks amongst the fields, villages and towns of the Netherlands, all the way to Arnhem! In our opinion it looks fantastic, is set in a unique operation from WW2 and is well worthy of being a standalone game. Periscope plans to take their project to a complete commercial release scheduled for 2018.

We welcome them to the Offworld family, and you can find more information about their project at their website, on Twitter, or in these videos: 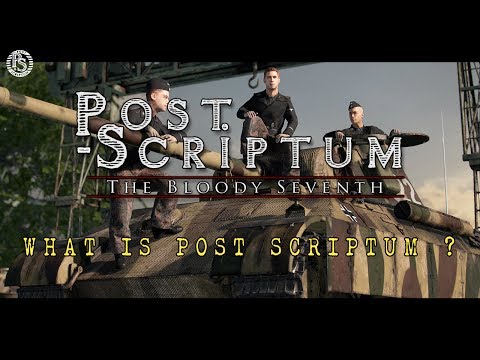 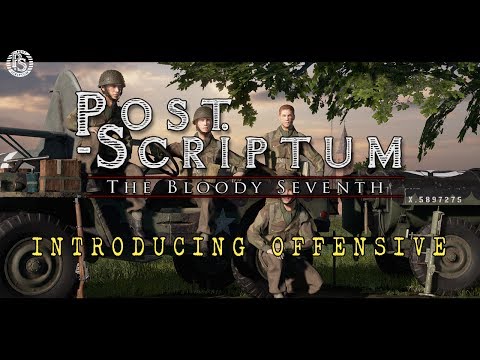 And after all of that… Let’s get on with the update! Our team in the very last few days of the month went to the motion capture labs at Animatrik in Vancouver to do performance capture for Squad, with the intention of improving the visual fidelity of our third person animations. Look forward to a future article detailing what we did over the day as well as video! Our animation team has been hard at work integrating core weapon features and one of them is having a smooth transition between your Rifle and Underbarrel Grenade Launcher. In addition we’ve ran a first practical iteration on Weapon Zeroing, beginning with the weapons where they’ll see the most impact, mainly UGLs and Rocket Launchers. 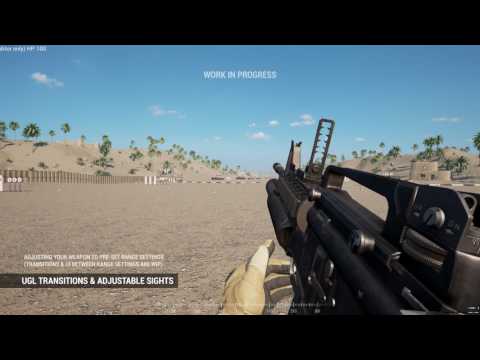 Having been shelved for quite a while due to scheduling and technical constraints, we finally are able to put shotguns back into the production pipeline! We’ve managed to do a first pass on the M1014 shotgun and the KS-23 shotgun.

It took some doing, but we managed to sneak some renders out from the art team. Don’t let them know we found some of the most recent renders of the TOW launcher, as well as the RPG, soon to be featured making very fine explosions on the battlefield near you. As part of the new animation system overhaul, we’ve had to reanimate all the vehicle related animations, including turret-based guns and emplacements. It does give the animators a chance to iterate on what we did in the past, as well as a chance to experiment with a moving camera during the animated sequences. The result? Making the animated work pop even more. We are excited to announce that production on Fallujah is in full force. We took some time revisiting our workflow and production pipeline before jumping into this map and we really think it will pay off. As you can see we are planning to pay homage to the original map from Project Reality, created by Duckhunt. Production is underway and we will have more to show you in an upcoming dev blog series called “The Road to Fallujah” which will give you a look into our workflow and thought process. Fallujah isn’t the only map being worked on, as you know. Good progress is being made on bringing the battle to Narva. Featuring a cityscape complete with industrial areas, railway access, and plenty of deadly choke points, Narva brings players to Eastern Europe. Coming along nicely, we’re looking forward to players getting their hands on the historic castle! And there you have it, Squaddies. The future’s so bright, we’ve gotta wear shades, but we’re not letting that get in the way of progress. Stay tuned for more updates from us and the community.